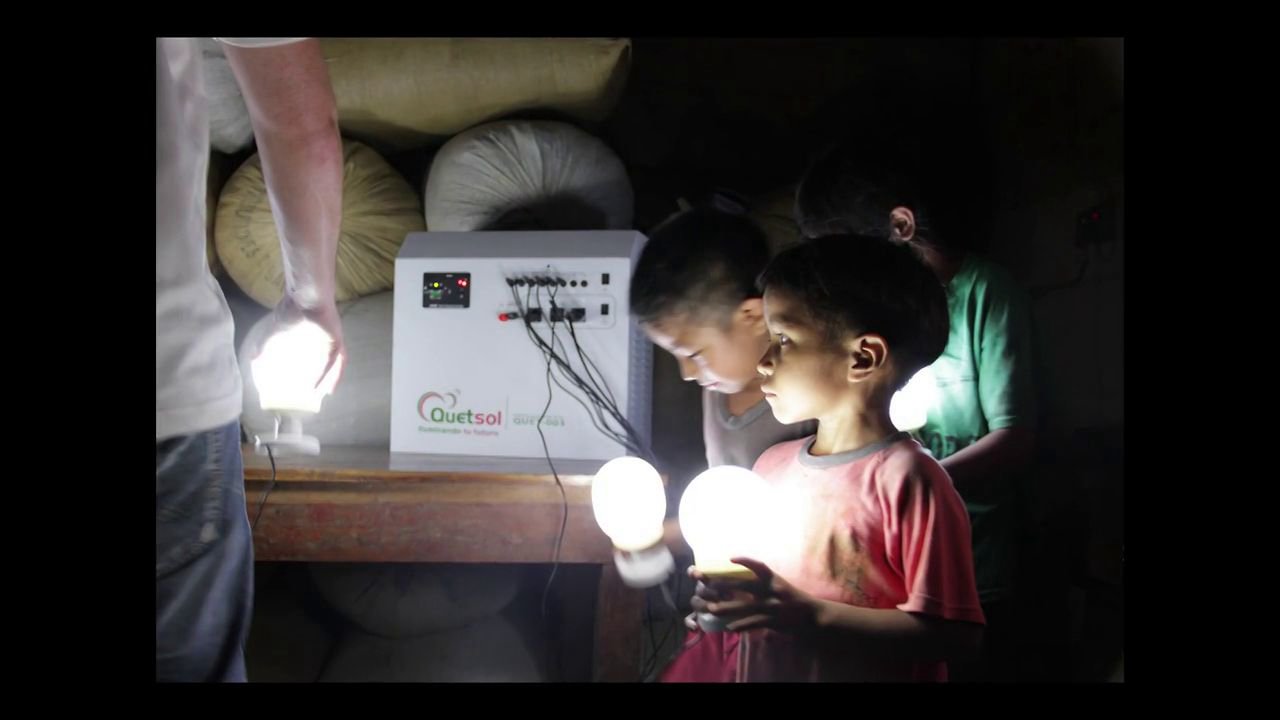 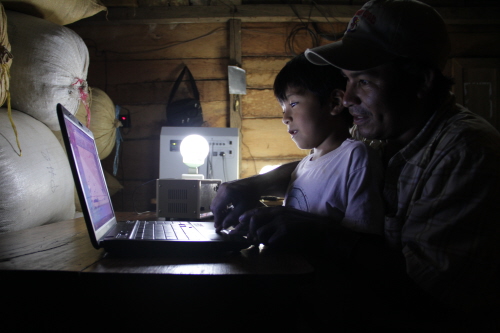 While the price of electricity derived from solar power is dropping, solar power systems themselves are still pretty pricey in terms of upfront costs. As such, social enterprises working to electrify rural communities in the developing world have tended to think small: systems designed for providing light and phone charging power. For people with no electricity otherwise, the addition of small amounts of power can make a tremendous difference in the quality of their lives, at a price they can afford.

But what if they want more: say, the power to run a computer (in addition to lights and phone charging)? Then we may be back to solar power systems that are beyond the reach of most impoverished people… if they have to pay for them up front? But what if that wasn’t the case?

Quetsol is a Guatemala-based renewable energy company that thinks it has a solution: pay as you go solar power. No need for lots of cash (or a bank loan) up front: when a user wants power, they pay for it through Quetsol’s system (that uses cellular signals to communicate with the “home office”). As with power purchase agreements, the user only pays for the energy s/he uses rather than a complete solar power system.

As you might imagine, the costs for building these systems isn’t cheap, either, so Quetsol is running an Indiegogo campaign to raise the funds necessary to complete research and development of the pay as you go kit, and to place an order with the manufacturer for their first shipment. Take a look at their pitch video to get a more detailed sense of the challenge faced by poor Guatemalans, and the Quetsol solution:

And, yes, you heard that right: company co-founder and CEO Juan Rodriguez has sequestered himself in a dark room until the campaign reaches its $50,000 goal (though, apparently, he earned a 10-minute break for hitting the $20,000 mark) – you can even verify that through a livestream they’ve set up.

Think this is a viable means for electrifying remote communities in the developing world? Consider kicking in some funds to make this project a reality… and definitely let us know what you think in the comments.