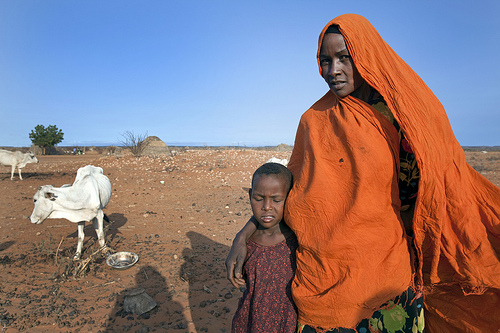 Peak oil has generated headlines in recent years, but the real threat to our future is peak water. There are substitutes for oil, but not for water. We can produce food without oil, but not without water.

We drink on average four liters of water per day, in one form or another, but the food we eat each day requires 2,000 liters of water to produce, or 500 times as much. Getting enough water to drink is relatively easy, but finding enough to produce the ever-growing quantities of grain the world consumes is another matter.

The world is seeing aquifer depletion translate into shrinking harvests in the Middle East in Saudi Arabia, Syria, Iraq, and Yemen. For the first time in history, grain production is dropping in a geographic region with nothing in sight to arrest the decline.

Aquifer depletion now also threatens harvests in China, India, and the United States. These big three grain producers together supply half of the world’s grain harvest. The question is not whether water shortages will affect future harvests in these countries, but rather when they will do so.

In looking at water and our future, we face many questions and few answers. Could the world be facing peak water? Or has it already peaked?