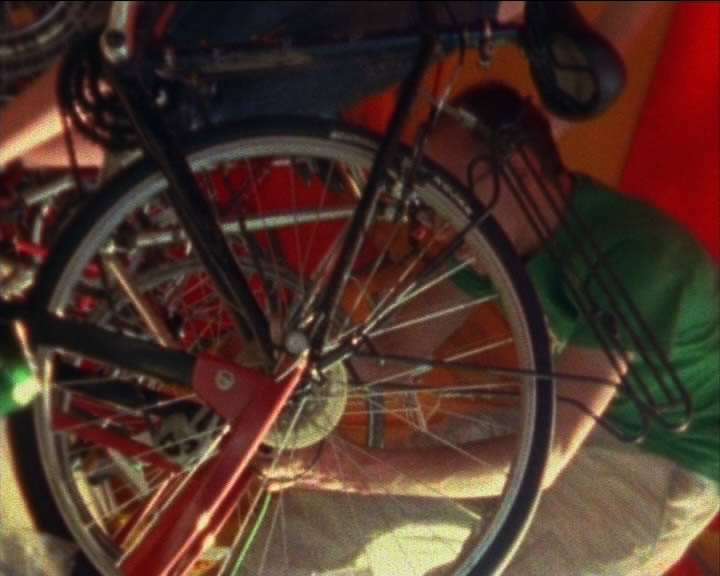 Pedal powered business – we’ve done that before.  From food delivery to recycling pick-up to musical tours, we’ve seen multiple examples of businesses that use bicycles as their sole means of transportation. But the energy transferred from biker to bike doesn’t necessarily have to create forward motion: it can be put to other uses (as we tried to do a couple of years ago). A few entrepreneurs around the world have seen the profit potential in pedaling: here are a handful of businesses powering themselves at least partially by human power.

1. Harvesting Energy from the Gym

Fitness centers and gyms are kind of a no-brainer on the pedal power front: there’s already plenty of kinetic energy being generated. It wasn’t until a few years ago that engineers and entrepreneurs began exploring how to harvest that energy. Human-powered gyms are now up and running in Hong Kong and Portland, Oregon. 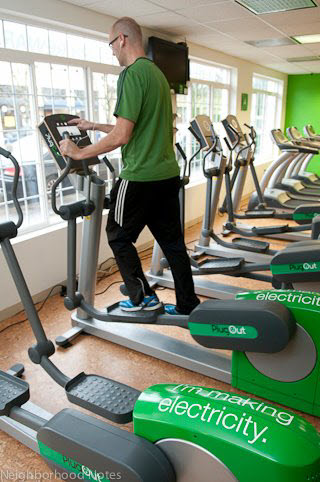 The Magnificent Revolution’s Cycle Cinema concept “uses 8 bikes and 16 legs to power a 4000 Lumen projector and 500W of audio equipment for screening films or projections.” The idea’s catching on: a food co-op in Canberra, Australia is currently raising funds to install their own system for their occasional movie nights. MR is a non-profit, but no reason this concept couldn’t be profitable.

That morning cup of coffee gives us the energy to get going: in Davis, California, entrepreneur Alex Roth returns the favor by putting his own energy back into the roasting and delivery of single origin organic coffee. At The Pepper Peddler, Roth roasts his beans with a combination of peddle power and propane (so, not totally clean, but pretty close). The company also delivers those beans to customers by bike. Check out the roasting system itself at Popular Mechanics (which included it as one of seven ways peddle power will change the world), as well as these videos from local news stations (which, unfortunately, aren’t embeddable).

About a year ago, I took at look at Nuru Light, a Canadian company that’s designed a lighting system for people in the developing world that don’t have electricity. These small light modules can be used for activities like reading and cooking after dark, and even hooked together for more light when needed. The LED-based modules can be recharged on a pedal powered generator that the company developed , and which provides a service business opportunity for the entrepreneurial. The video below gives more insight into the concept; Africa Review recently took a look at how Rwandan fisherman Daniel Ntibaziyandemye is using the Nuru Light.

Like to fire up the blender for breakfast? British company Real Food Works likes to show how that morning shake can be “people powered” with its Cool Green Smoothie Machine. The company itself exists to demonstrate more healthful ways to live, and shows off the machine at events to which it’s invited: no word on plans to manufacture the Machine.

Good businesses are always looking for ways to cut unnecessary costs – pedal power not only works on that front, but also (clearly) is still an attention grabber. If you know of other businesses running parts of their operations with pedals, share them with us.