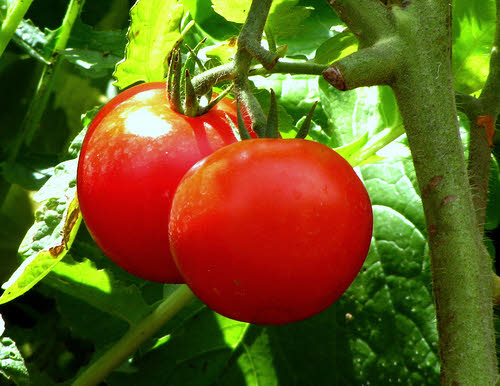 I missed this one originally, but researchers at Finland’s University of Kuopio published a paper in 2009 showing that a mixture of wood ash and human urine makes great fertilizer for your tomatoes… one more great excuse for peeing outside!

Popular Science gave a run-down of the paper published in the Journal of Agricultural and Food Chemistry. The authors didn’t stop with tomatoes, though… a few months later, they published similar findings on beets.

OK, fess up… you peeing in the garden? How’s it working out for you…?

Image credit: Ajith_chatie at Flickr under a Creative Commons license