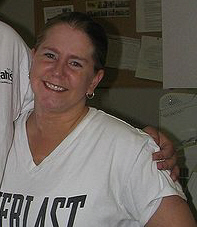 There are two ways to achieve market dominance:

With Prop 16, PG&E is trying to kneecap the competition.

And in the process, they are breaking AB 117 and anti-trust laws.  If public power were a private corporation, this affront to democracy in the economic context would not be tolerated. But since public is in fact public, meaning its more ours than the corporate oligarchy, no one is standing up to defend her.  Unfortunately she cannot really defend herself. While corporations have no limits on campaign contributions (PG&E is the sole financier and expected to pony up at least $35M), public electricity providers cannot spend a working minute or a dime to defend themselves, by law. Something’s wrong with the balance of power here. Time for us to stand up for public electricity providers.  If we don’t no one will!

Its the Age of Corporate Spin

Dave Chappelle was at The New Parish a couple weeks ago. Someone was screaming from the rafters “Tell us something real, tell me something real.”  Dave sat back and said this is the age of spin; the world is more complex than ever before and we need to be smart just to survive. He then looked at the screamer and said “And you have no discernment!”

Discerning minds are pointing out the dangers associated with the continuing expansion of corporate welfare and rights. In his January State of Union speech, President Obama rebuked the Supreme Court’s decision to remove all limits on corporate campaign contributions. Last week, a judge reluctantly approved an amended $150 million settlement between the Securities and Exchange Commission and Bank of America calling the revised pact “paltry” and “half-baked justice at best’’, saying the court approved it “while shaking its head.’’

Meanwhile, California Supreme Court Chief Justice Ronald George says the state’s initiative process is paralyzing government, “Nowhere is the practice of government by voter initiative as extreme as it is in California”.  California is the only state that prevents legislators from changing most voter-approved initiatives, and one of the few that permit constitutional amendments by a majority public vote, without legislative oversight.

The worst example of ballot-box lawmaking is Proposition 16 – The PG&E  Power Grab. As discussed below, PG&E is the sole financial supporter of an initiative that will enshrine their monopoly in the California Constitution.  It will also lock in high rates forever and reduce consumer choice.  They say they are doing it to protect us but this is clearly about shareholder profits and corporate greed.  Coincidentally, PG&E sounds like “Piggy!”

Another disturbing voter initiative spearheaded by Assemblyman Dan Logue seeks to suspend AB32, “The Global Warming Solutions Act of 2006”, until the California unemployment rate drops to 5.5 percent. The initiative, if passed by voters in November, would halt the AB 32 implementation and undo all regulations that have already been adopted pursuant to the law. Logue had already introduced AB 118 to repeal AB32,  but apparently his special interest friends have decided that an end around the legislature is more likely to succeed.

The Initiative Process was designed to Protect Us

Ironically, the initiative process originated here in California in 1911 to provide voters a means for bypassing a Legislature controlled by railroads and other special interests. But now it seems only wealthy interests can afford to pay professional firms to gather sufficient signatures to place measures on the ballot.  One way to prevent corporations and their legislative lackeys from abusing the initiative process would be to prevent the use of paid signature gathers. Another would be to prevent ballot initiatives from changing the state constitution and to provide for legislative oversight. But these fixes are sure to meet ardent opposition from the very same special interests that are currently abusing the system.

Do we have boundaries… for corporations?

Its easy to focus on all that seems to be going wrong in politics. But we also need to ask ourselves when enough is enough  Considering the relative calm in the face of stupefying corporate malfeasance, I find myself wondering if We the People have collective boundaries? What will it take to upset the electorate sufficiently to pull people away from the mundane aspects of their lives and get them engaged at their maximum sustainable level of effort to make things better?  How bad will things get before we stop special interests from abusing our laws, rules of law, and our communities?  Where do we draw the lines of corporate misbehavior, greed, and malfeasance?

I agree with you, I want to do it, now make me do it.
~  Franklin Delano Roosevelt to a group of reformers?

Remember, from the beginning, Obama said it was about us not him. He was right!  To shift the course of the titanic U.S. economy away from corporate welfare and dominion and towards an inclusive green economy, we will need a vibrant and broad-based social movement. All great societal leaps forward in this country have been the product of social movement (civil rights, women’s suffrage, and abolition).  We need a huge leap forward right now. Its our time, to get connected, to get organized, to get movin’. And we can start by slapping down both Prop 16 this June and the efforts to suspend AB 32.

Express Your Concerns on March 17th in San Francisco

We are going to rally 12:30 this Wednesday (3/17 ) at Van Ness & McAllister, outside the California Public Utilities Commission to say:

The CPUC has a 1-5pm public hearing on Prop 16 that day you’re welcome to attend inside too, after the 12:30 rally.

If you can’t be there, please contact Dave at dave @ baylocalize to join or donate to the effort.