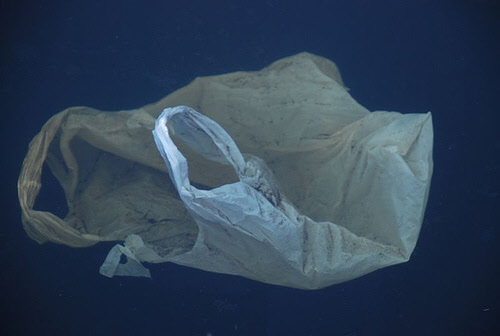 It is certainly both odd as well as obvious to claim that plastic bags do not have deep inner thoughts.  They do not cherish, yearn, regret, or hope.  They have no mothers, friends, or soul mates, and they certainly do not have existential crises.  Despite all of this, the SnagFilms documentary “Plastic Bag” highlights their incredible role as narrators in a metaphorical autobiography.

Born from a supermarket in a seemingly suburban setting, an anonymous plastic bag embarks on an all too human and all too existential struggle for meaning and significance.  The bag is brought home by a woman (whom he calls his maker), and is welcomed as a plastic lunch bag, tennis bag, and ice pack.  Eventually, the plastic protagonist is used to clean up after the maker’s dog, and it is promptly discarded into the garbage.  Finding himself in a landfill, the bag becomes obsessed with returning to his maker, and he embarks on a journey to find her.  Along the way he meets other bags and wavers between moments of great self-worth and periods of extreme existential anxiety.  Craving meaning in his life he continues his search for his maker.

Eventually, the bag learns of a vortex in the ocean where a hundred million tons of things just like him had gathered.  Eventually, he joins his kind in the vortex, but he gets spun around beneath the surface.  After this, we learn that he has been telling us his story after being stuck on a rock beneath the vortex.  Despite his predicament, he still retains hope (albeit delusional hope) that he will one day return to his maker.  The final words he speaks in the film regard what he would hypothetically say to his maker if he could see her again: “I wish you had created me so that I could die.”

Underneath this existential autobiography is a profound message about environmental consciousness, and the final line of the film reveals the particular pragmatic message of “Plastic Bag.”  Even as the bag swirls in the ocean, flies through the air, and lands in a landfill it will not “die.”  Presumably, the plastic bag’s death would occur when it brakes down and deteriorates; yet even on its extremely treacherous and taxing journey, the plastic bag stays in tact.  Thus, the inclusion of this final line both describes the severity of the bag’s existential suffering, as well as calls on us to produce more environmentally responsible materials.

This SnagFilm is an excellent choice for those interested in philosophy and the environment, and it can be viewed here or at http://www.snagfilms.com/films/title/plastic_bag