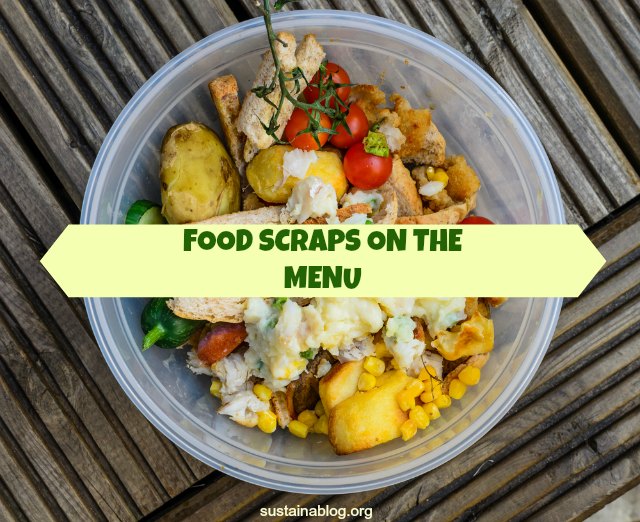 The pop-up restaurant serving food that would otherwise go to waste sounds like something you’d expect from activists, right? Sure… and we’ve seen it before. But you wouldn’t expect celebrity chefs to try something like this, right? Don’t tell that to Dan Barber, co-owner of Blue Hill Farm and its associated farm-to-table restaurants. The sustainable food icon is going to shut down his Greenwich Village location for the month of March to open WasteED, a pop-up, from the 13th to the 31st. On the menu: dishes made from ingredients that would otherwise go to the dumpster.

It’s tempting to see this as a gimmick on the surface; with other chefs, that might well turn out to be the case. But Barber’s no newcomer to thinking about how we make use of ingredients that others would see as fitting only for the trash. His “third plate” concept – explored in a book – goes beyond “farm-to-table” to examining ways to make use of waste at all stages in the process of producing food. So, when he tells New York Eater that “If this is done right [it will] broadcast a message about how chefs, and restaurants in particular, can bring about a cultural shift in how we think about producing enough food to feed a growing population,” he brings a level of credibility other chefs might not have.

He’s not going to just wait for the word to get out to the chef’s community, however; rather, he’s bringing other known names like Mario Batali, Dominique Crenn, Daniel Humm, and Alain Ducasse to WasteED to see what they can add to the menu. Ingredients will no doubt be sourced directly from the kitchen itself – Barber mentions things like carrot tops and kale ribs – but also from nearby businesses such as “…spent grain from local distilleries, cocoa beans from the Mast Brothers, pasta scraps from Rafetto’s, and vegetable pulp from juice shops, among other ingredients.” And if it goes well, they may extend the experiment beyond the end of March.

Sounds intriguing, to say the least. I have no plans to be in New York City during this period; if you are, and plan to try out WasteED, let us know either before or after.