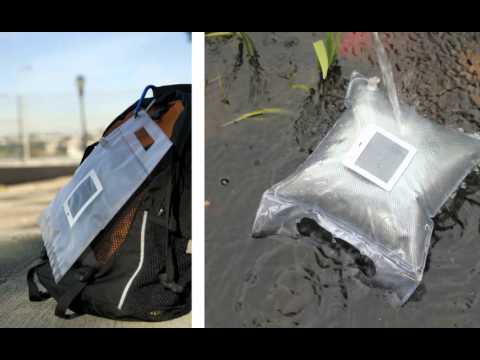 We’ve been on a bit of a solar-powered lighting kick over the past year or so: from solar light bulbs to micro solar systems for lighting and power to 2 liter soda bottles as solar light collectors, we’ve seem many ways that inventors and designers have addressed the need for appropriate lighting technology in places where electric grids don’t exist.

So, when I discovered the LuminAID today, I had to toss it into the discussion. The concept: cheap, portable, and transportable solar lighting. Andrea Sreshta and Anna Stork’s concept (which started as a class project at Columbia University’s School of Architecture, Planning & Preservation) likely builds on small, flexible solar collectors that we see regularly now; it adds a LED bulb and inflatable “pillow”, which allows for diffusion of light.

It’s such a simple concept… but that’s why I could see this working for residents of the developing world (as well as campers and backpackers). Check out the video above that explains the LuminAID, and let us know what you think.