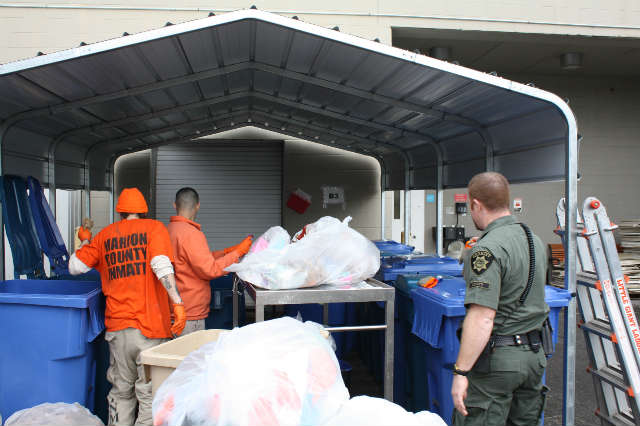 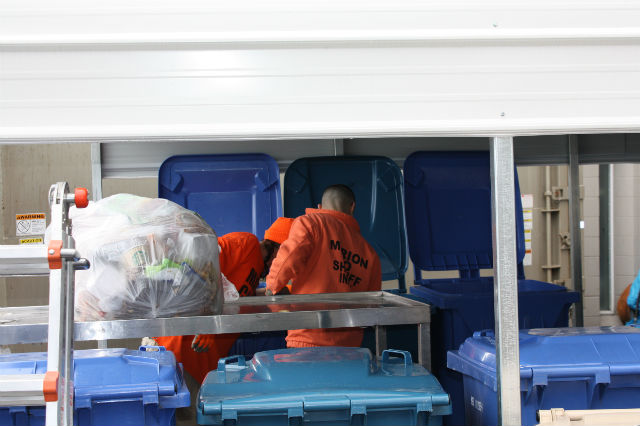 A prison recycling program in Marion County, Oregon, saved taxpayers $10,000 in 2014. Started in 2012 by Deputy Ben McGowan of the Marion County jail, the program has now expanded to include a Green Team made up of inmates, employees at the jail, and other deputies.

One of the first steps in the plan to save resources and money involved switching  from pint-sized milk cartons to buying milk in bulk. That one idea saved the jail money, and kept 36,400 milk cartons a year out of the local landfill.

From there, laundry workers stopped delivering clothing, mop heads and other laundry items in plastic bags and removed unnecessary garbage cans from the facilities, saving about 22,600 garbage bags and $1,365 per year.

Then inmates started collecting unused soap and giving it to Marion County Environmental Services, where it is cleaned, purified, remolded and sent to underdeveloped countries. It’s estimated that 30 to 40 pounds of soap is collected from the trash each month according to recycling team members.

But the biggest success has come from separating recyclable items from the trash. Where before the jail sent 8 tons a month to the local landfill, that number is down to about 2.5 tons, saving the county $7,000 a year in disposal fees. Also, almost 7,000 pounds of food waste a month is composted now instead of being thrown out, saving another $3,500 a year. And the program is raising a bit of money for a prisoner welfare fund through the sale of tin cans and wooden pallets to a local recycling company.

But economics is not the only story here. All of these programs help instill a sense of community spirit in the inmates and may provide them with skills that will help them find employment when they are released. Everybody’s a winner in this story, including the environment.