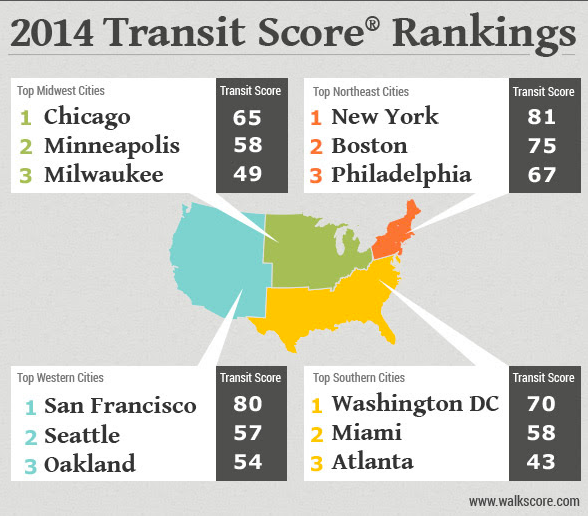 Does your city provide an array of public transportation options well within walking/biking distance? Or do you just hope that this hour’s bus actually shows up? Transit options make a real difference for an urban area’s livability, and the folks at Walk Score have taken on the task of evaluating and ranking American cities in terms of their public transportation offerings.

Not only do buses, light rail, street cars and other forms of mass transit help keep the air cleaner and fuel consumption down; they also contribute to a city’s economic well-being (just like bicycling infrastructure. Take a look at Walk Score’s results, and let us know what you think: was your city judged fairly?

The website that brought renters, homebuyers, and realtors a powerful index of walkability has done it again, this time for public transit (source: walkscore.com). At the end of January, Matt Lerner, CTO of Walk Score, announced a new ranking of the…