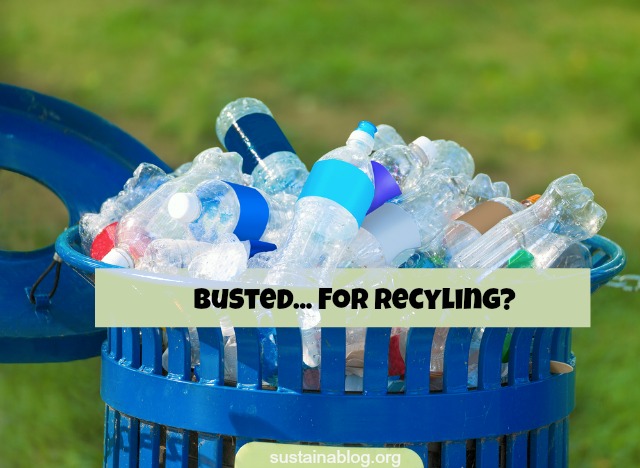 The last type of recycling fraud I remember hearing about was decades ago, and involved the concept of putting ball bearings in aluminum cans and then stomping them flat. This would increase the weight of that bag of cans you took to the scrap yard. Yep, not exactly something for calling out the FBI.

But, apparently, there is such thing as large-scale recycling crime, and it can be worth millions:

Obviously, this requires a level of commitment beyond ordinary street crime: according to CalRecycle, defrauding their program to the tune of $14 million means collecting around 250 million cans and bottles. But this does illustrate a problem with state-level deposit schemes: once materials are broken down, no one can read those labels showing a deposit was paid initially. The California program relies on honest reporting from recyclers; if that trust gets broken, the program itself is out a lot of money.

I’m not quite sure how to  prevent such crime. Certainly, the market will take care of it at some levels: I’m guessing if these folks had to transport the bogus recyclables any further, there’d be little profit left. But if this idea spread back East, where states are smaller, it could become a real challenge.

Have more insight into how container deposit programs can combat recycling fraud? Share your thoughts with us in the comments…