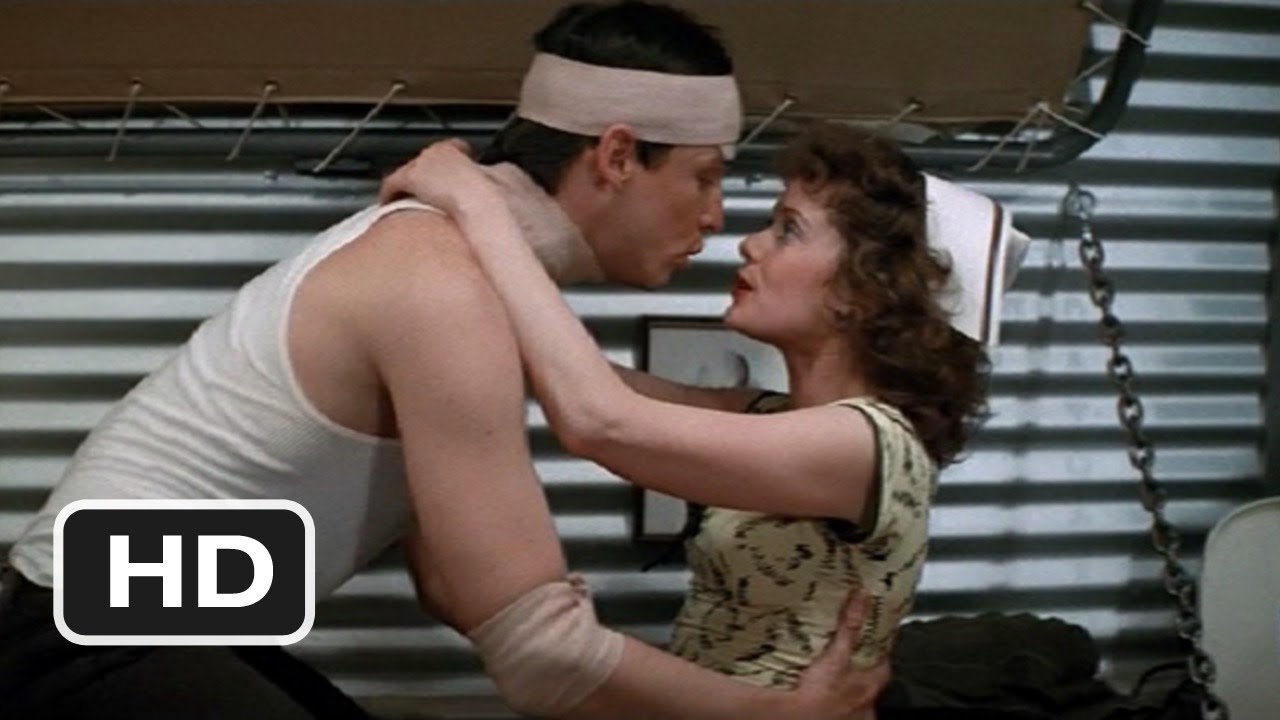 Remember the song “Let’s Do It for Our Country” from Grease 2? It turns out such persuasive approaches really work (and for more than sexual conquest): Robert Long at The New Republic points to a few studies showing that conservatives are more likely to recycle when such activity is tied to values like patriotism.

That’s interesting, but what I really enjoyed in his post were past efforts to tie waste collection and reuse to national pride. For instance, during World War II, paper recycling was portrayed as key to defeating Hitler: 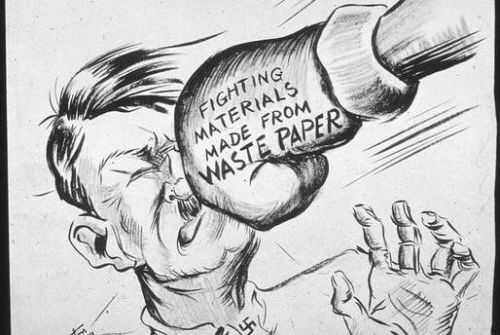 The Office of War Information and Public Relations also encouraged scrap metal recycling as part of the war in the Pacific  (warning: lots of racism here): 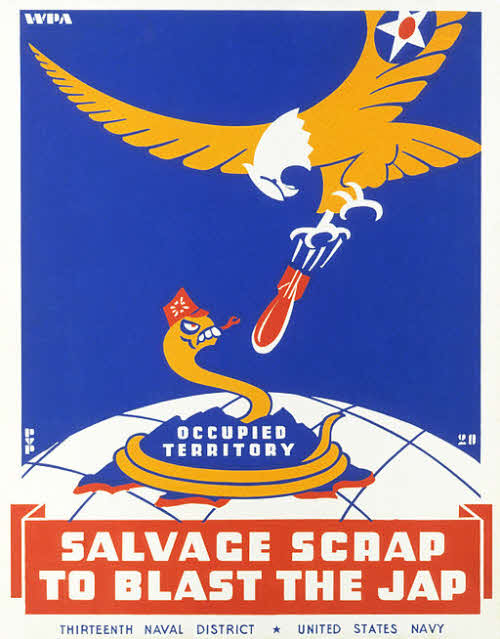 I don’t know how well these appeals worked then, but the studies Long cites suggests that this may have been a smart approach… and could still work.

Know of other campaigns that appealed to nationalism in order to encourage recycling or other “green” behavior? Share them with us…. I’m fascinated!