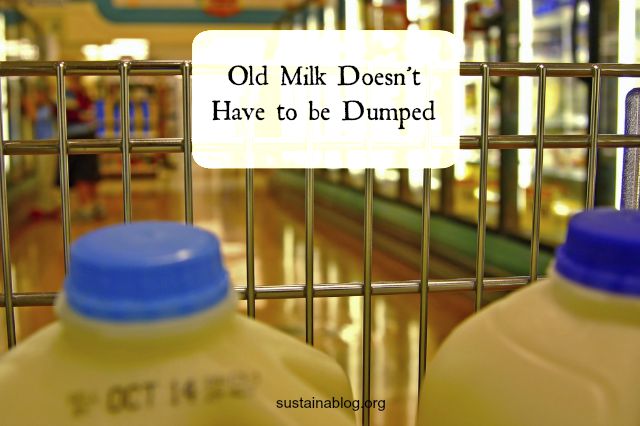 We didn’t plan for a series on the connection between fashion and food waste this week, but the stories we’re coming across definitely have that in common. If you’re intrigued by the idea of a handbag made from “fruit leather,” then you’ll probably also be interested in fashion, interior fabrics, and other products coated in old milk.

OK, not exactly, but a lot of milk gets thrown away: in North America alone, 2.2 million tons can’t be sold each year, and, thus, requires disposal. A team of engineers and scientists in Germany (which tosses out 2 million tons of milk annually) came up with a way to put that waste to use. QMilk is the name of their company, as well as their product: a biopolymer derived from the protein casein which has a wide range of industrial applications.

What can you do with it?

I suppose this might create some issues for vegans (who’d probably want to know if clothes or other products contained this casein-based additive), but it strikes me as preferable alternative to dumping all of that milk down the drain. And while this doesn’t address consumer waste of milk (which, I’m sure, is significant), I wouldn’t be surprised there’s more waste before the product gets to consumers’ refrigerators.

Know more about this product, or others like it? Tell us about them in the comments…