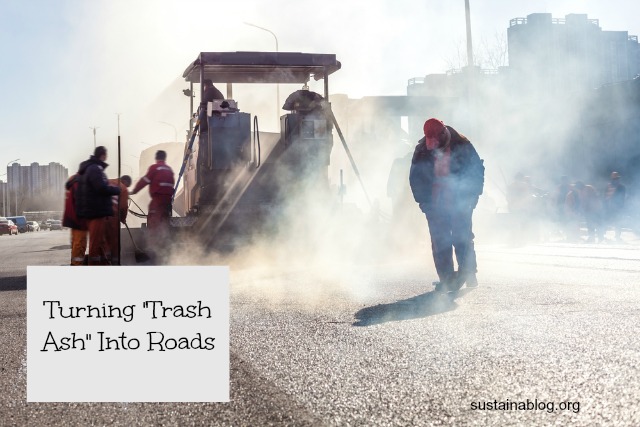 I still struggle with burning trash as a form of “renewable” energy. While this approach does reduce landfill waste, and extracts energy without drilling or mining, it does create its own byproducts. While we tend to focus on emissions (which can be controlled), ash is another resulting material that – you guessed it – usually ends up in landfills. And while this ash takes up less landfill space than the original materials, we’re still talking about tons: the waste-to-energy system in Pasco County, Florida, for instance, dumps around 200 tons of ash a day.

Pasco County is also trying to find a use for this material, though, and may have stumbled across something good: road construction material. According to the Tampa Bay Times, the county has been testing the material for road building for the past 2 years. Now they’ve received the first permit for road construction using ash from trash.

The Times article notes that the ash has three possible uses: “It can replace lime rock, the typical material for a road base layer, which is then topped with asphalt to create a road. Or the ash can be mixed with concrete or asphalt to create the top layer of a road.” A test road that’s been monitored for the past few years has performed well: “The road hasn’t affected groundwater or other facets of the environment. And it has been holding up well under heavy traffic.”

This isn’t a new concept: other countries have been using ash from waste-to-energy furnaces for road construction. Perhaps it will catch on in the United States now that Pasco County has figured out that using this material saves them about $100,000 per mile of road.

Among other benefits, this concept reduces the amount of limestone needed to be mined for roads. What other benefits can you see from using this material for road construction? What potential downsides exist? Share your thoughts…