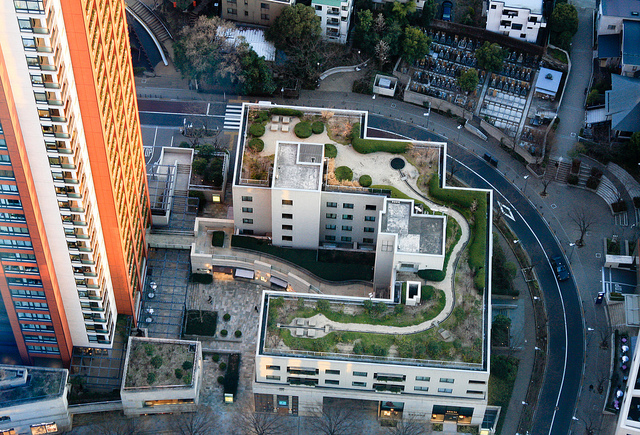 Many citizens of the United States have begun to accept the concept of human caused climate change, resource depletion, as well as the imperative nature of acting on this knowledge. This has led many to make personal lifestyle changes – from bundling trips, making sustainable purchases such as solar garage doors, and even building green and efficient homes – but as a nation, we lag behind many other nations in our collective efforts to be green.

France has made many national changes and introduced a number of successful initiatives that have really “greened” the country.From resource shops that take pretty much anything and either repair them or recycle them, to increased public transportation, France is taking environmental stewardship seriously. The French have recently committed to the increased protection of the forests surrounding Paris, as well as supporting a 300% increase in green roofs in the city. The implementation of these plans will greatly improve the efficiency of the city, making it a much greener and more sustainable place to live.

Flat rooftops make the perfect environment for a green rooftop garden. These gardens provide a number of benefits and their design and functionality has continued to be improved over the years. One of the biggest perks of the rooftop garden, or green roof, is the insulating quality it adds to the building.

Not only does a green roof help to keep the temperature of the building more stable year round, making it easier to heat and cool, but it also helps to block out noise. This can be a big problem in the city and this just adds to the attractiveness of the idea. Green roofs also improve drainage problems associated with excess water as the plants and their root systems effectively soak up a great deal of water. We also know that plants help to absorb carbon dioxide, reducing the amount of greenhouse gases in our environment.

There are many cities that have landscapes comprised of flat rooftops just waiting to be greened. Cities around the world should take note of the initiatives put forth by the French in their efforts to be more green. Green roofs are a viable solution to many cities and by adding them to more acres of barren rooftops will improve energy efficiency, reduce noise pollution, and even help to clean the toxins out of our environment. For space that is rarely, if ever used, this is quite the beneficial addition.