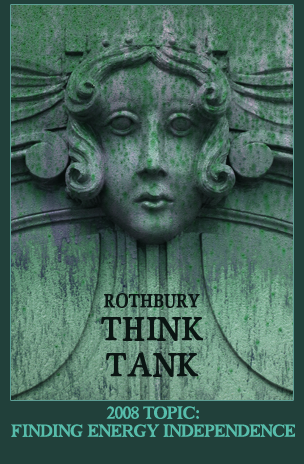 As has been reported on the Green Options network in the past, enviros and music festivals go together like peanut butter and jelly. The synergy between the two may be no more evident than on July 4th weekend 2008, when the town of Rothbury, Michigan will play host to a “party with a purpose.” The four-day ROTHBURY music and camping festival is being promoted as a “cultural assembly; one where music fans, artists and progressive thinkers gather to celebrate much more than music.” It is Rothbury’s goal to harness the unique energy of the live music community into a durable social movement toward an important cause: Climate Change and Clean Energy Alternatives.

Promoters say that ROTHBURY is committed to producing a near zero-waste concert. The first to tackle a green program of this magnitude at an around-the-clock (camping) concert in the USA.

Of course, the centerpiece of the festival is music. And festival promoters, Madison House and AEG Live have made those intentions quite clear by building an all-star lineup of performers of all stripes. The festival will feature over 70 acts spread out over the sprawling venue’s 8 stages. Confirmed musical acts include an eclectic sprinkling of names like Dave Matthews Band, Widespread Panic, 311, The Black Keys, Yonder Mountain String Band featuring Jon Fishman, Snoop Dogg, Medeski, Martin, & Wood, Steel Pulse, Tea Leaf Green, Taj Mahal, John Mayer, and many others.

For those needing to rest their legs and stretch out their minds a little, the ROTHBURY Think Tank offers an event within the event, with various buzz sessions and roundtables between leading scientists, scholars, writers, progressive political and corporate leaders, youth leaders, and entertainers. The Think Tank will address the topic of Climate Change and Clean Energy Solutions, geared towards empowering individuals and the larger music community with the tools necessary to engage in constructive dialogue with policymakers, corporations, and other individuals. Featured participants at the Think Tank will include the DR. STEPHEN H. SCHNEIDER(Curator), DR. EBAN GOODSTEIN , HUNTER LOVINS , and WINONA LADUKE.

Please stay tuned to the Green Options network over the coming months, as I will post further updates on ROTHBURY’s Clean Energy Think Tank, and details about their sustainability efforts. You can also visit the ROTHBURY website for much more about artists, camping, lodging, tickets, and other general information. I look forward to bringing you more information about this exciting event, as well as live-blogging from it come July.