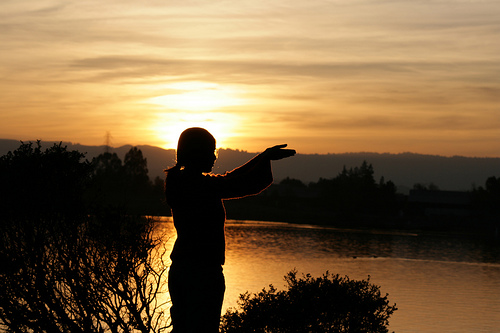 These are just a handful of the stories told by veteran filmmakers Terry Kay Rockefeller and Marty Ostrow in their upcoming documentary, Renewal.

RENEWAL is the first feature-length documentary to capture the breadth and vitality of America’s religious-environmental movement. In rural communities, suburbs and cities, people of faith are rolling up their sleeves in practical and far-reaching ways. Offering a profound message of hope, RENEWAL shows individuals and communities driven by the deepest source of inspiration – their spiritual and religious convictions – being called to re-examine what it means to be human and how we live on this planet .

This evening marks the premiere at Museum of Fine Arts, Boston, the first of seven screenings. Next weekend, Yale University’s Forum on Religion and Ecology is hosting a conference which will screen the film. Renewal has also been selected to be featured at the Atlanta Film Festival in April.

The Renewal Project wants to see secular and religious groups build partnerships that will strengthen their efforts. They are looking for clergy, congregational networks, environmental activists, local governments, civic organizations, scholars and theologians to join The Renewal Circle. Members of The Renewal Circle get advance copies of the film to share with their organizations and tips on how to work with the film.

In the news: today’s Boston Globe review of the film.