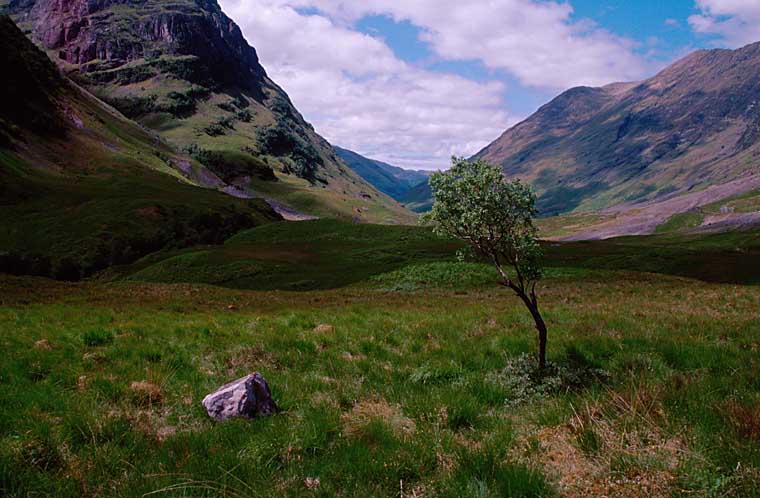 So when’s the last time you’ve seen the word “voluntary” used to modify “tax?” Exactly. But the Scots are going to give it a try: they’ve instituted an “opt-in” environmental they will ask tourists to the country to pay:

The charge – expected to be between £5 and £10 – would be used to offset the environmental damage tourists cause while visiting the country.

VisitScotland, WWF and business leaders agreed to pursue the ground-breaking initiative at a meeting last week and now plan further research into how such a charge would be levied and where the cash raised would be spent.

It is expected tourists would be asked to make the voluntary payment at the time of booking, with proceeds used to fund projects to benefit the environment and tourism in Scotland. Hotels, tour companies and airlines would be encouraged to use new branding to advertise their support of the scheme.

Rising carbon emissions, especially from transport, are accelerating climate change. Offsetting carbon emissions by planting trees or gardens to the ÂvalueÂ of the carbon consumed has become popular with large companies, celebrities and even some airlines, with levies invested in environmental projects.

Sandy Dear, project manager for the tourism and environment forum of VisitScotland said the talks had been very productive. “We are all keen to find a solution so that operators can start carbon offsetting in Scottish tourism in the near future. There was a lot of enthusiasm for moving quickly on this.”

Obviously, marketing this will be key to its success. One suggestion I have: get rid of the word “tax” — immediately. Nobody likes to pay taxes. Go ahead and call it what it is: a carbon offset. That concept is gaining enough traction, with largely positive associations, that many tourists would probably be happy to pay a few pounds to support Scottish environmental initiatives. Lots of pictures of the Highlands, especially when the heather is blooming, will help also…

I’m not trying to be glib… I think this is an intriguing idea, but, for the most part, the Scots will have to appeal to warmth and fuzziness to make this idea work well. Or, they could require all planes flying into the country to show An Inconvenient Truth as the in-flight movie…

What do you think? Friends of the Earth Scotland is saying it simply won’t work: “And as we have seen with [British Airways], voluntary schemes are always doomed to failure when it comes to paying to help the environment. If it goes ahead it will have to be a mandatory charge.Â Of course, in that case, it will be a tax… I’d love to think that most visitors to Scotland would realize “Hey, I am making an environmental impact,” and pay up… I don’t know that we’re there yet.