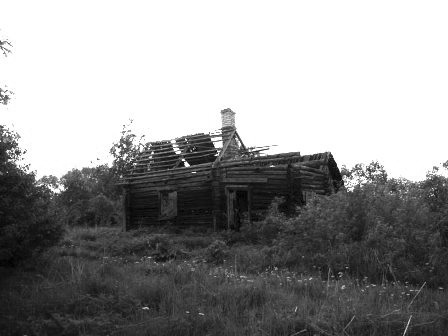 Has some sight, some sound, some smell, some taste, some feeling out in nature ever literally stopped time and sent you back in time? Has something purely sensual in the natural world opened up a wormhole and transported you through space to someplace else?

I am sure that many of you reading this have had some physical-mental “sensory flashback,” as I am calling it, through the time machine of your sensual body. And although there are many reasons why environmentalists go green, I think that these sorts of experiences play a crucial role in making us sensitive to the wonders–and the fragility–of the Earth.

French novelist Marcel Proust gives a superb account of this very phenomenon in the opening “overture” to his grand encyclopedia of sensuality A la recherché du temps perdu (In Search of Lost Time, 1913-27). After eating a bit of a small cake, called a “petit madeleine,” dipped in lime-blossom tea, Proust’s narrator has a profound sensory flashback that launches the novel itself:

No sooner had the warm liquid mixed with the crumbs touched my palate than a shudder ran through me and I stopped, intent upon the extraordinary thing that was happening to me. An exquisite pleasure had invaded my senses, something isolated, detached, with no suggestion of its origin. And at once the vicissitudes of life had become indifferent to me, its disasters innocuous, its brevity illusory–this new sensation having had on me the effect which love has of filling me with a precious essence; or rather this essence was not in me, it was me. I had ceased now to feel mediocre, contingent, mortal.

He plumbs the depths of his conscious mind trying to identify exactly what has overcome him. Finally, the clouds of time part and all becomes clear:

And suddenly the memory revealed itself. The taste was that of the little piece of madeleine which on Sunday mornings at Combray (because on those mornings I did not go out before mass), when I went to say good morning to her in her bedroom, my aunt Léonie used to give me, dipping it first in her own cup of tea or tisane.

Once he is able to catch up mentally to his sense, in particular his sense of taste, he is able to come back to the present and reflect upon the significance of his experience–that is, the reason why his senses had been able to preserve and then recall, when his consciousness could not, a significant part of his life in a specific, sacred place:

… But when from a long-distant past nothing subsists, after the people are dead, after the things are broken and scattered, taste and smell alone, more fragile but more enduring, more unsubstantial, more persistent, more faithful, remain poised a long time, like souls, remembering, waiting, hoping, amid the ruins of all the rest; and bear unflinchingly, in the tiny and almost impalpable drop of their essence, the vast structure of recollection.1

Perhaps the smell of roses one morning have whisked you back to your parents’ garden at your childhood home. Or perhaps the taste of a fresh peach has transported you back to an orchard where you went regularly to harvest those luscious fuzzy fruits–surely getting your hands and mouth sticky in the process!

Whatever the nature and destination of your particular sensory flashbacks, if you reflect on any one of them, I am sure you will realize that your senses are especially adept at remembering and recalling those things of the past that are most sacred to you for some reason. And while those flashbacks may be sparked by and connected with any number of things, I think that a consistent common factor is a specific sacred place where these things were located or where you had the original experiences: that childhood home with the flower garden, that certain favorite fruit orchard….

The unconscious mind never forgets. When we have these sensory flashbacks it becomes clear that the physical senses are much better at getting to those latent memories than our conscious minds–our rational commanders-in-chief so caught up in and with themselves, so star-struck by their own egos, and, yes, so absolutely corrupted by their own (imagined) absolute power.2

I think these flashbacks reveal to us all of those sacred places that we hold dear because, as with Proust’s narrator, they are essential cells in the body of our identity. They are part of our memory because they are part of us.

Think about it: What do you devote most of your energies as an activist to fighting for? Where do you go and what do you do when you need to recharge yourself with nature’s battery power? I am guessing that at least a few of the answers to these questions are places you would consider “sacred” to you as a living, breathing Earthling.

Even if your focus as an environmentalist is on something besides a place–say an animal or something more generalized, such as global warming–I think that the sort of sensitivity, love, and connection that underlie your efforts can be tied closely to your experiences at some sacred place. I think that if you really look back into your past, there will be at least one sacred place in which you first developed even the inkling of an ecological consciousness.

But when you cannot physically go to those places, especially if they are places from the long-ago past or in some far-away locale, then you certainly can (and probably do) mentally go there…sort of mimicking Wordsworth’s view of poetry as “the spontaneous overflow of powerful feelings” born “from emotion recollected in tranquility.”3 (No wonder so many folks want to write poems about nature!!!) However, nature has a few (!) advantages over poetry: it is not exclusive to moments of personal “tranquility” but is with you anywhere and everywhere–in rush-hour traffic, in the middle of a forest, in the shower; and you need not be able to articulate, however poorly, your experience with nature at all–instead, you can just sink all of your senses into the power of the phenomena.

And thanks to our physical senses, we often get sent to those distant sacred places whether we will or no.

In turn, sensory flashbacks help clarify just how truly important sacred places are to the environmental movement. Without these sacred places–sacred to us as individuals, of course, but also sacred to us as a collective body of rational beings–I doubt that anyone would ever much bother to preserve anything. But with these sacred places, these places that help us to define ourselves, we have a reason to worry when pavement or pollution or poachers or profiteers or policy makers threaten to turn sacred places into nothing more than memories.

So I think we fight to save the environment because we cherish those sacred places. Indeed, we need those sacred places because they help us to know who we are…they are us…when we lose them, we lose ourselves. Those sacred places, and all the sights and sounds and smells and tastes and feelings that mold the Play-Doh of our physical senses, give us roots in ourselves and in the Earth itself.

We need those sacred places, those places we can go to or are taken to through unexpected sensory flashbacks.

And so, as environmentalists, we fight to ensure that those remembered places also remain real, living places, to keep them pure, pristine, green…and holy….

What sort of sensory flashbacks have you had in your life? And what are some of your sacred places? Can you identify a link between your concern for the environment and your attachment to a specific place, past and/or present?