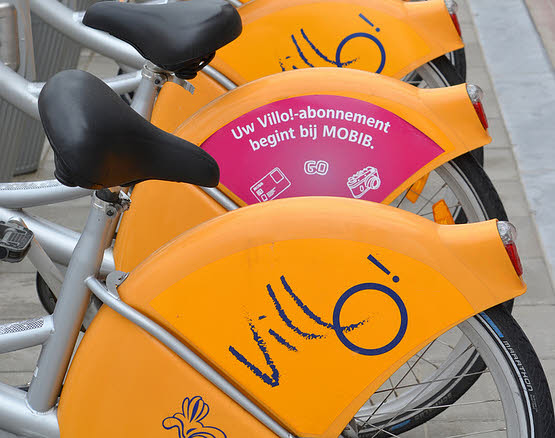 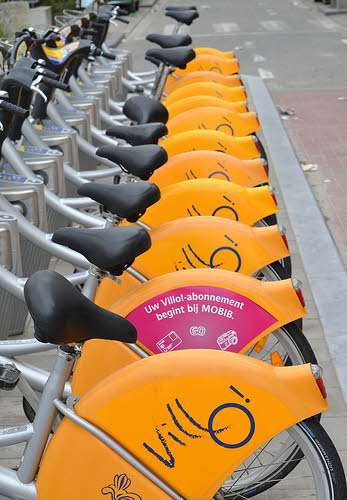 The environmental movement is highly aligned with conservation. When we say “reduce, reuse recycle,” we’re talking about using less stuff, right? Reducing consumption is an important part of improving the environment, of course, but what happens when you try to also boost the economy? Traditional economic theory suggests that boosting consumption is the quickest path to economic growth. Remember what happened after 9/11? George H. W. Bush asked Americans to go shopping to avoid a recession.

We know we need economic activity and we know we need conservation. How can we create economic growth without continuing to exhaust natural resources?

One solution is to create networks to facilitate the sharing of goods and resources. Why own when you can rent whatever you need, whenever you need it? The benefit of this approach is that each micro-transaction boosts the local economy, while the same goods are circulated again and again. This is called the sharing economy.

Let’s say you need a pickup truck to move some furniture. Your neighbor lends you his truck, and you give him some gas money. Now, extend that model to anything and use web-based social networking to connect with the entire world – not just your neighborhood. You can now access goods whenever you need them, without the hassle and expense of ownership.

The market for sharing is exploding right now with companies (Airbnb, RelayRides, GetAround, Lyft, and Uber, to name a few) that have created business models around peer-to-peer networks of individuals with goods to share. Even BMW is getting into the game.

In a sharing economy, anyone can run a small business on the side. And guess what: if you participate in the sharing economy, you are boosting your local economy through the multiplier effect. Your neighbor suddenly has a few more dollars in his pocket to spend. If he does so locally, the money will continue to benefit your community. When you spend the same money at Walmart – all the profits from your purchase go straight to Bentonville – the only benefit to your community is those low wage jobs. The sharing economy creates livelihoods.

As if that weren’t enough, by participating in the sharing economy, we can build community. Each financial transaction suddenly becomes an opportunity to meet a neighbor. Many people already do this in practice – I just borrowed a ladder from a neighbor to do a quick repair. But the sharing economy formalizes things so I can pay him for his time. It expands the network of goods and services outside the confines of my block.

It sounds great, but will people actually put their money behind it? At TriplePundit.com, we cover news related to the triple bottom line: people, planet and profit – and the sharing economy is right up our alley. So, we decided to write an in-depth series on the rise of the sharing economy. To make things interesting we have issued a challenge to the members of our community to fund it.

Normally we seek a corporate sponsor to finance our campaigns – but crowdfunding seemed more appropriate in this case.

We think of it as a litmus test of how popular this idea of the sharing economy really is – as well as its potential. As such, the series will be as big or small as our supporters want it to be.

We’ve lined up a half a dozen sharing-based sponsors to provide the perks. Supporters can try out any facet of the sharing economy, from renting a bike or a car to finding a parking space in a crowded city or a place to spend the night. Perks start at $1. For more information, check out the Indiegogo campaign. If you believe in the potential of the sharing economy, consider throwung a few bucks into the pot and get some fun perks for your efforts.

Jen Boynton is the Editor in Chief of TriplePundit.com, and she is about to try growing her own shiitake mushrooms in the garage.

Image credit: EnvironmentBlog at flickr under a Creative Commons license