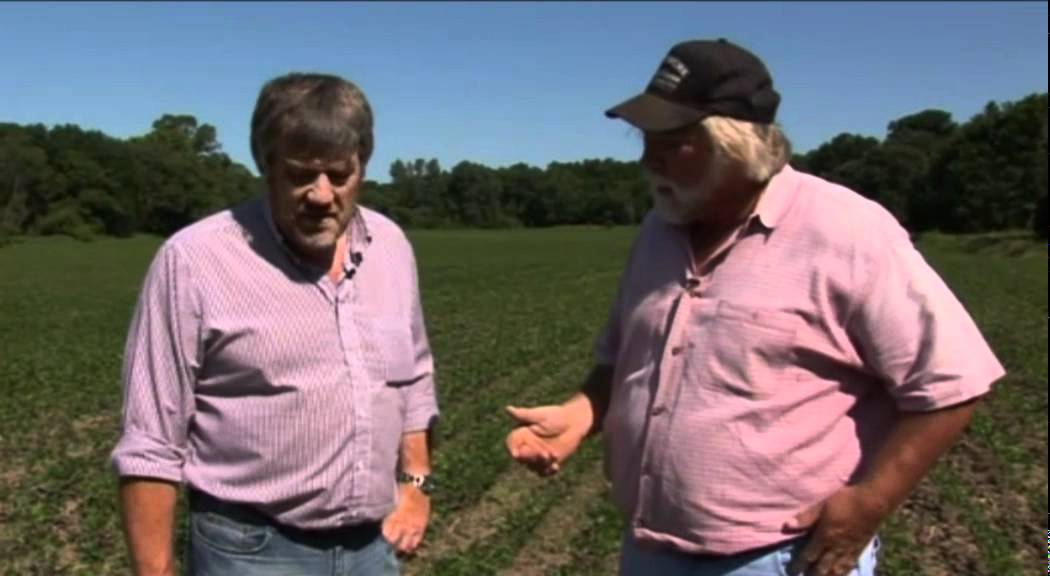 There have been several points over the past few weeks when I’ve thought “You know what… let’s just take a break on agriculture.” Proponents of biotechnology, organic agriculture, and other farming methods get pretty passionate… but considering that agriculture has a substantial environmental impact, and that we’re, you know, eating the food produced by farmers, these discussions are bound to get contentious. That’s OK… we need to discuss and debate these issues for the same reasons… so no breaks.

So, to throw a little more perspective out there, I thought I’d share this short film that I discovered this afternoon, “GM Crops Farmer to Farmer.” British livestock farmer and small farm advocate Michael Hart travels the US to discuss GM crops with farmers here… particularly those who’ve used them (and, in the film, one who doesn’t). It’s a small selection of farmers (the film’s 23 minutes long), but the discussions themselves are interesting. The main issue that seems to come up over and over: the economics of growing genetically modified soybeans and corn (with these farmers noting their costs have risen). Other issues we’ve discussed, including spread of genetic material, enforcement of patents on that material, the evolution of “super weeds,” and the marketing of GMOs to farmers.

One thing I’ve learned from our discussions here: I’m no expert… so I’ll leave judgments about the film to you. I did do a bit of research on Hart himself: he’s served as the director of the UK-based Small and Family Farm Association (which did take a stand against GMOs from the outset… unfortunately, the organization doesn’t seem to have a web site, so I can’t say much more), and appears to have spent much of his time over the past decade exploring issues related to small farms around the world. In addition to the film’s site, the other information I found about him came from an article he wrote in 2000.

Watch the film, and let us know what you think… I think any additional viewpoints we can get from farmers themselves helps us all get a better handle on these issues.

Thanks to Liz McClellan of Hyperlocavore.com for sharing this on Twitter.