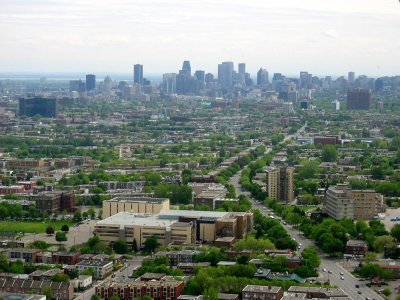 Speakers at a water conference in San Francisco today discussed the relationship between development and water supplies. Or, more to the point, the lack of water and continued urban sprawl in much of California and other western states.

The talk given by Roger Moore and David Boyer entitled, “The Water Supply and Land Use Interface: Lessons from a Decade of Litigation under the UWMPA, CEQA, and SB 610/221” was part of the 2008 California Water Law & Policy Conference organized by Argent Communications Group.

Moore and Boyer, both environmental lawyers, shared their perspectives on California’s Urban Water Management Planning Act, the California Environmental Quality Act, and Senate Bills 610 and 221–often called the “show me the water” laws.

Those two bills are referred to by that phrase because they require builders to prove to city and county decision-makers that there is indeed enough water available to sustain human, animal, and plant life within a proposed area before the approval of any large-scale development project.

In a handout given at the conference, Moore writes, “The problem of paper water–in its simplest terms, of development decisions grounded in expectations of water exceeding what can actually be delivered–predictably arose from a long disconnect between water planning and land use decision-making. The relationship between water and land development is such an indelible theme in California that one of its leading water historians, William Kahrl, described “the history of California in the twentieth century” as “the story of a state inventing itself with water.”

As an opinion piece printed in the Los Angeles Times earlier this month put it: No water, no development.