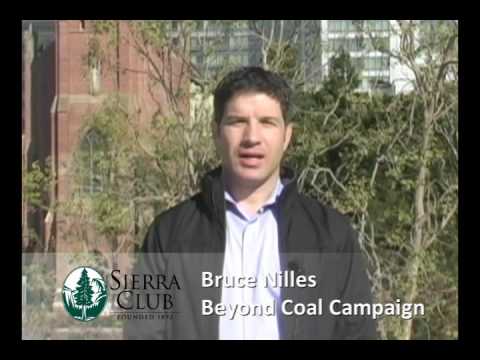 Written by Stacy Morford. Originally published on July 9, 2009, at SolveClimate.

In 2001, energy companies across the United States were busy drawing up plans for about 150 new coal-fired power plants. That year, Sierra Club launched its Beyond Coal campaign.

Today, the campaign celebrated its 100th defeat of a proposed coal plant.

“Coal mining is literally blowing the tops of mountains in Appalachia, coal burning is literally heating up our planet, spewing mercury across our landscape, and exposure to coal ash is wreaking havoc on streams and rivers across this country. So in every phase of the lifecycle, coal is filthy business,” Sierra Club campaign director Bruce Nilles said in announcing the milestone.

“We have persuaded the developers, the investors and the decision makers that we can do better than building dirty coal-fired power plants.”

[social_buttons]
Part of the credit for victory No. 100 goes to Los Angeles, where Mayor Antonio Villaraigosa announced last week that he was putting the city on course to be coal-free by 2020.

Intermountain Power Agency had been counting on Los Angeles as a partner for a proposed coal-fired power plant in Delta, Utah. Without the city buying its power, IPA decided to let the proposed plant’s air permit expire, company spokesman John Ward told KCPW.

The Obama EPA has been another powerful motivator for energy companies to reconsider their coal dependence. As soon as Administrator Lisa Jackson arrived in Washington, she began reviewing whether carbon dioxide should be regulated under the Clean Air Act as a danger to human health and welfare. The specter of EPA regulating CO2 spurred AES Corporation in February to withdraw its permit application for a coal-fired power plant in Oklahoma, and the same regulatory uncertainty, plus rising construction costs, pushed Louisiana to suggest that Entergy reconsider its plans for a new coal plant there.

One hundred fewer coal plants means that 400 million tons of greenhouse gases, plus other health-damaging pollutants, won’t be entering the atmosphere each year, the Sierra Club said.

But those 100 victories are only a start.

Nilles lists 90 more coal plant proposals that are still in progress, along with details about their financial backers and efforts to stop them. Five are in Michigan, where Gov. Jennifer Granholm has taken up the flag of renewable energy as the future for her state’s struggling economy and has been fighting coal power. In Kansas, the EPA is adding pressure on the only remaining proposal for a new coal plant there, one that former Gov. Kathleen Sebelius spent four vetoes trying to block.

And then there are the nation’s aging coal-fired power plants, like PSNH’s Merrimack Station, where new mercury scrubbers that will do nothing to reduce CO2 emissions are about to cost New Hampshire ratepayers more than $450 million.

Plants like Merrimack Station are the Sierra Club’s next targets: the approximately 500 existing coal plants, all far more polluting than newer models and some dating back to the Eisenhower administration.

“They are dirty. They are expensive. And they are unreliable,” Nilles said.

“As we celebrate this amazing milestone, we must redouble our efforts to stop new plants and replace the existing coal plants with clean energy. Coal is no longer a smart or cost-effective option. We can create jobs and electricity through clean energy technology made in America.”