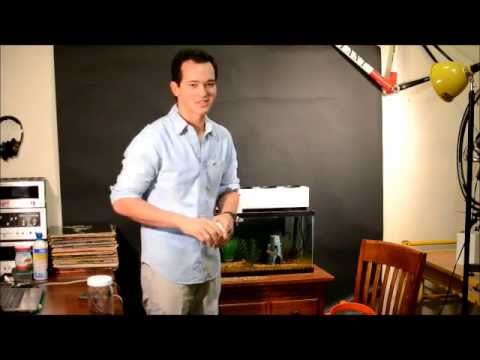 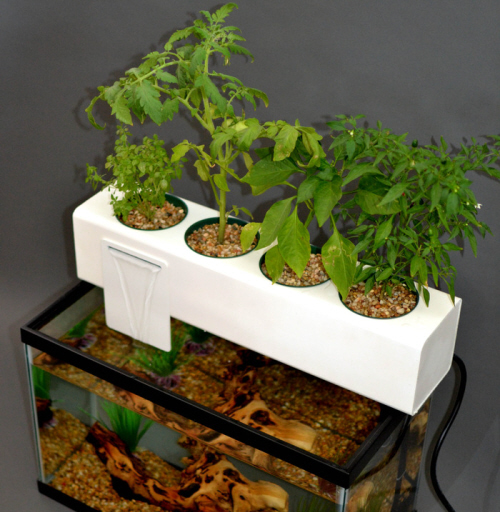 UPDATE: The Blue Green Box hit its funding goal! It still has a little over a day, so kick in knowing that this project will move forward.

As I’ve noted on a number of occasions, I totally think that aquaponics – or growing fish and food plants in a symbiotic relationship – makes a ton of sense in terms of concentrated, sustainable food production. But unlike many other fans of the concept, I’m not particularly confident in my abilities to take easily available materials and build my own aquaponics system. I’m not the only one who feels a bit intimidated by DIY plans, though, as a number of entrepreneurs have developed “plug-n-play” home aquaponics technology. The latest entry into the field: Andrew de Melo and his Blue Green Box.

What makes this concept different from, say, Back to the Roots’ product (which we’ve also featured)? In a word, space: the Blue Green Box is designed to fit a 10-gallon aquarium, so 1) the fish have more room (and de Melo claims this creates a much more humane living space for them), and 2) there’s a bigger grow bed, so you can go beyond herbs (de Melo claims he’s grown a 7-foot-tall tomato plant in one of his prototypes).

Now, of course, since the Blue Green Box works with a separate aquarium, there’s a little assembly involved… but I think even I can handle it – take a look:

Like other home aquaponics entrepreneurs, Andrew’s gone to Kickstarter to raise start-up funding for production of the Blue Green Box. Unlike most others, though, he’s keeping his costs way down: he only needs $5000 to get going. He’s raised just over half of that… but only has a week left to raise the final $2300. If you like the concept (which he spells out in great detail on the project page), consider kicking a few bucks his way… or buying a custom Blue Green Box for a $300 donation. Hurry, though: there’s only a week left in the campaign.

So, those of you with aquaponics experience and/or engineering background: what do you think? Is this a viable plug-n-play alternative?

This post was sponsored by Andrew de Melo and the Blue Green Box project.