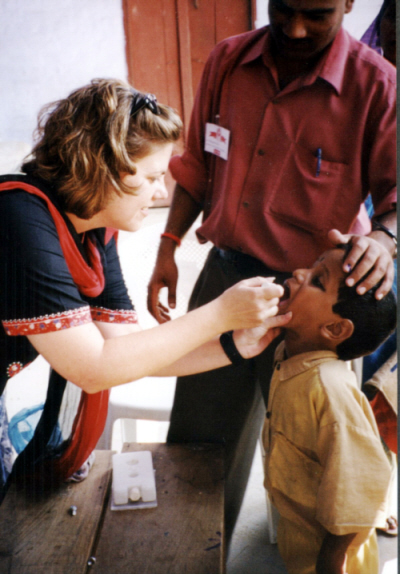 Smallpox plagued humanity for thousands of years. In the 18th century, smallpox killed one out of every ten children in France and Sweden. Over the 20th century, the virus caused between 300 and 500 million deaths worldwide. No effective treatment was ever developed.

The eradication of this devastating disease is one of public health’s greatest achievements. It involved mass vaccinations and surveillance to track and contain outbreaks. In 1977, ten years after the World Health Organization (WHO) began an intensive eradication program, the last naturally occurring case of smallpox was identified in Somalia. And on May 8, 1980, the World Health Assembly declared smallpox eradicated. In 1988, when the WHO, Rotary International, the U.S. Centers for Disease Control, and UNICEF launched the Global Polio Eradication Initiative, it was hoped that vaccination and surveillance could also put an end to polio. Between 1988 and 2001, the number of cases of polio in the world fell from more than 300,000 to a low of 483, and success looked near. Since then, however, despite increasing expenditures and medical advancements, such as more effective vaccines, the number of recognized cases worldwide typically has exceeded 1,000. Once endemic to 125 countries, today polio transmission continues uninterrupted in only 4 countries: Afghanistan, India, Nigeria, and Pakistan; all but India are considered among the world’s top failing states.

Failing states, those that lose control of part or all of their territory and can no longer ensure their people’s security, can pose a threat to international health. They may lack a health care system that is sophisticated enough to participate in the international network that controls the spread of infectious diseases, as illustrated by recent missed opportunities to eradicate polio.

In 2003, mullahs in northern Nigeria began to oppose the polio vaccination program there, claiming that it was a plot to spread AIDS and sterility. As a result, the local vaccination effort broke down, and polio cases in Nigeria tripled over the next three years. Until polio is eradicated everywhere, it remains a concern for all countries. The spread of polio is just one way that the instability of failing states presents risks to the rest of the world. This raises a troubling question: In a world of failing states, is the goal of eradicating polio, once so close at hand, now beyond our reach?