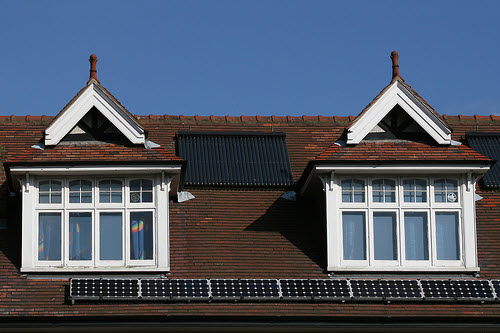 Back in April 2010, the UK’s Feed-in Tariff scheme was introduced by the government, which aimed to increase the level of renewable energy in accordance with the legal commitment to produce at least 15% of the country’s total energy from renewables by 2020.

The Feed-in Tariff was primarily designed to encourage homeowners to buy and install renewable energy systems buy offering a subsidy for every kilowatt-hour (kWh) of energy generated. Payment is then made for every kWh that is produced and used on the site, whilst payment can also be earned for any surplus electricity that is generated and sold back to the grid.

The Success, Misuse & Criticisms of the FiT Scheme

The uptake of the solar incentive scheme proved hugely popular, and since the launch of the FiT scheme in 2010 the number of solar panels has increased dramatically according to the European Photovoltaic Industry Association (EPIA).

The arrangement and condition of the tariff was intended for and applied to the property itself and not the individual and this was also expected to help boost the value of many people’s homes across the country.

With the price of installations falling many private investment firms and solar panel installers quickly realised that they could effectively rent the roof space from homeowners, provide free solar panels and collect the FiT subsidy themselves, which could provide a return of anywhere up to 10% guaranteed for the next 25 years.

The Minister at the department of energy, Lord Marland claimed that the subsidy was “one of the most ridiculous schemes that have ever been dreamed up” and failed to target the needy, a criticism supported by many consumer groups. Whilst the criticism levied is justified, the introduction of solar panels to homes across the UK is one that has been welcomed by many environmentalists.

Battle in the High Court

Less than a year into the scheme the government announced its intention to cut the renewable subsidy, with the government citing that if the FiT was maintained then it would end up costing energy providers £1.5bn more than expected and add a further £300 to customers’ bills each year.

The cut to the subsidy was signalled in December and significantly this decision was made before the end of the consultation period. The case was lobbied in the High Court by green campaigners and renewable energy providers and was subsequently ruled illegal.

The Future of Solar Subsidies

With the UK’s commitment to renewable energy up until 2020, the future of solar subsidies should be in place for at least the next 8 years, although the terms and incentive itself is likely to be revised during that time and the new deadline of March 3rd 2012 will be one many keep a close eye on.

Sally Greenacre is an expert in renewable energy in the UK, writing about the solar industry and the importance and need for sustainability for both homes and businesses.