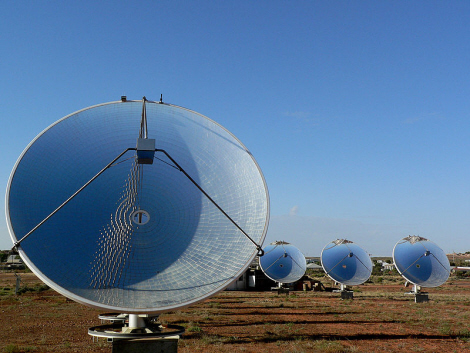 Australia’s solar power industry is experiencing a boom in customer demand thanks in part to a significant increase in current electricity prices, and a forecast of more price hikes to come. When combined with the generous government rebates and feed in tariffs on offer, the expected price hikes are contributing to a surge in residential solar power installations.

Electricity retailers in the state of Victoria have announced another round of electricity price hikes to be introduced on January 1; adding up to an average of $100 per year to bills. A report by The Herald Sun states that AGL is expected to increase electricity prices by an average of just under 10%, and Origin will introduce price increases of 6.8%. Additionally, The West Australian reports that WA residents have been stung by electricity price hikes of 46 per cent over the past two years, and statistics from the Office of Energy in Western Australia show that other states in Australia experienced price increases of between 23% and 69% over the past decade.

These price increases can be put in perspective by looking at the impact they have on running an electrical appliance. For example, the cost of running a 100 watt light bulb, at Synergy’s current rate of $0.2083 cents per kilowatt hour, for 24 hours a day over the course of a year can be calculated as follows:

Given that the average Australian household consumes far more power annually than a 100 watt light bulb, and that it is common to find 2400 watt electric heaters, 250 watt LCD televisions, and 650 watt fridge freezers, it is easy to see that even a 10% increase has a big impact on the household bottom line.

Furthermore, the Business Council of Australia has predicted that residential electricity bills may double again by 2015, partially as a result of the Carbon Pollution Reduction Scheme, and the continuing price pressures placed upon coal and gas resources from the booming economies of China and India.

With the extra incentive of these past and predicted future electricity price rises, combined with government rebates and feed in tariffs, homeowners have been installing solar power systems in greater numbers than ever before. In fact, according to the Clean Energy Council’s Clean Energy Australia Report 2010 (pdf) there were 105,520 solar power installations between January and September of this year. This is a 69.4% increase on the total installations for all of 2009, and a 556.4% increase on the number of solar power installations conducted in Australia between 2001 and 2008.

This high volume of solar power system installations is generating significant environmental benefits, as every kilowatt hour of electricity produced on a residential roof-top directly reduces the amount of electricity that must be produced via the burning of fossil fuels. As such, although electricity price increases may generate some short-term pain for household budgets, they are also helping to improve the health of our environment.

Thinking about going solar yourself? We can help, with everything from books on renewable energy, to solar panels and grid tie systems for DIY installation.