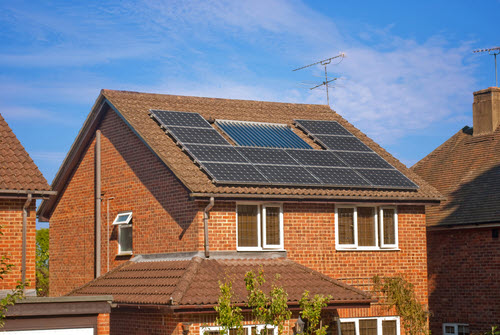 Awareness about human caused environmental degradation, as well as our contribution to global climate change has put the environment in the spotlight in a very big way. As it should, this planet is our home and we need to learn to act in a way that has a more minimal impact on our environment. This has been coupled with the unstable and rapidly changing price of oil, causing consumers to wonder, every time they wait for their garage door to open and head out for the day, if the price at the pump went up or down, and by how much.

The price at the pump is hardly the only concern as our impact becomes more and more clear. Western and industrialized nations have, in addition to a dependency on massive quantities of oil, an ever-growing need for more and more electricity. Electricity from renewable and sustainable resources is very minimal, and almost negligible in most places, showing us that the problem is a lot bigger than many previously thought. How are we going to counteract, or handle the impact of ever-increasing non-renewable electrical power generation?

A small town in the UK called Wadebridge took a stand, as a community, and decided to do something about it, creating a plan to become the first solar powered city in the United Kingdom. Their first target goal is to have at least thirty percent of their power generation from renewable resources by 2015. While this may seem like a small occurrence, it is a sign of bigger things that could be to come. This plan limits uninhibited growth and certain technologies that might be cheaper than renewable resources. While the price differential of renewable energy and non-renewable energy is still there, the gap is quickly disappearing, making this a much more doable endeavor.

This sets a precedent that wasn’t previously there. A community, under their own power, decided that they wanted to do something to mitigate their impact on the environment, putting a plan into place so as to be able to do so. Other communities could take their lead and these small moves begin to add up to something pretty powerful and pretty big. Many of us feel powerless to actually do anything to make a difference, and what Wadebridge shows us is that, as a community, we can make a decision as to how we want to handle our affairs. We can act as role models and examples to other communities as to how to have prosperity, but not at the expensive of the planet.