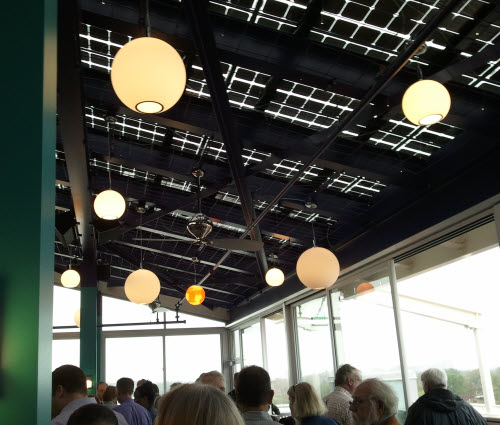 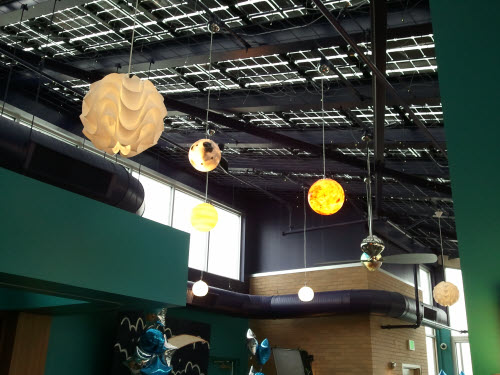 “Solar in St. Louis” is a new occasional series digging into the many solar projects and installations creating clean, renewable energy right here in da Lou’…

This canopy roof over the space doesn’t just collect energy from sunlight: it also lets that light in. Contractor Microgrid Solar used “translucent, frameless solar panels” (which are manufactured by Colorado-based company Lumos) that allow light “to peek through,” according to CEO Rick Hunter. The effect (as I saw last night at a press premiere of the space) is really unique, as you can see in the images above and below.

OK, it looks nice… but does it actually harvest a useful amount of energy? In short, yes: the 25.6 kilowatt array will produce around 33,000 kWh of electricity a year. That translates into enough to not only power the New Moon Room itself, but also the hotel’s top two floors, according to Microgrid President and Principal Engineer Marc Lopata.

The New Moon Room will open to the public next week; if you’re out on the Loop, stop in to have a drink and check the new roof out. And, of course, come back and tell us what you thought.