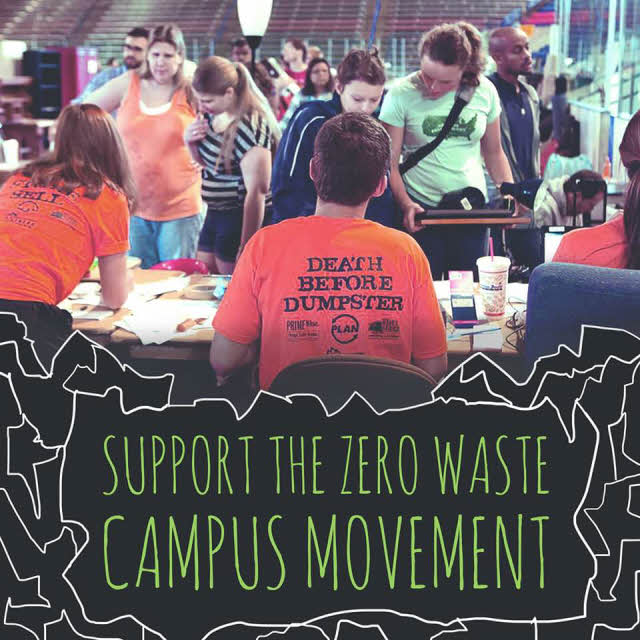 Summer is coming to an end, and students everywhere are going back to school. Big box stores are pushing sale promotions on everything from clothes, supplies to snacks. But one of the biggest sources of revenue for these stores is dorm decor. It’s been estimated that college-aged students and their parents spent $48 billion last year on dorm room makeovers, according to an article by The Washington Post. That averages out to approximately $916 per family to deck out a single dorm room.

It’s thought that shoppers are motivated to spend more money to bring a piece of home to campus. This may help students feel more comfortable, but it’s also creating excessive amounts of waste. Last season’s items often get replaced by the newest trends, and perfectly usable items get trashed. This wasteful cycle became the driving force behind Alex Freid’s decision to start the Post-Landfill Action Network (PLAN). A non-profit organization operated by mostly students keeping electronics, furniture and more from landfills.

How a Futon Inspired an Organization and a Movement

A former student at the University of New Hampshire (UNH), Alex spotted a futon in an overflowing dumpster near his dorm and decided to reuse it in his apartment the following year. Alex asked around and learned this was a common scenario around campus. In fact, students at UNH threw away about 25 tons of trash per month in 2014 and nearly 125 tons when students moved out after the Spring semester.

Alex gathered some friends to help him collect items and hosted a school-wide yard sale. It was a huge success, and the group launched “Trash 2 Treasure”, a program under PLAN’s umbrella of resources. In the three years since the program began, its sales have diverted over 100 tons of “trash” from going into local landfills and donated over five tons of food and clothing to local shelters. Not the mention, Trash 2 Treasure has made about $55,000 in revenue! The money is used to pay for operational costs of future sales and other sustainable programs on campus. Check out this video of Alex, a Brower Youth Award winner, discussing how PLAN hopes to be a part of the national conversation about reducing waste in our country.

As PLAN continues to grow, it plans to expand on its current roster of 20 “member schools” and build a movement to stop the cycle of over-consumption and waste. Find out how you can bring PLAN to your university via Facebook and Twitter.