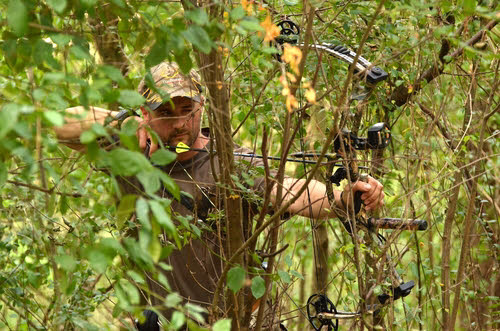 Many folks view Sunday as a “day of rest” in one way or another–be it sleeping in late, not going into the office, watching football, going to church, or spending time with friends and family. Many also use this “rest” day to get outdoors and enjoy the beauty of flora and fauna.

The case for Sunday hunting

The number of hunters has been decreasing over the years, which makes many hunting enthusiasts and supporters more vocal in the push to increase access to hunting. In addition, the National Rifle Association (NRA) has taken on Sunday hunting bans as a cause celebre, positioning itself as a defender of hunters’ rights (since, of course, so many hunters use guns).

At the same time, the revenues generated for state coffers by hunters are being held up as equally crucial reasons to remove all obstacles to hunting on Sundays. In Virginia, where the Department of Game & Inland Fisheries recently reversed course and supported lifting the ban, the NRA Hunters Rights website reported their justification that “hunting license sales and their associated federal matching funds are the largest single revenue source available to the Department for carrying out its mission, including acquisition of public lands and private easements for wildlife management, hunting access and conservation.”

One other important defense of Sunday hunting (listed as another “truth” by the NRA-ILA) is that there have been no measured impacts on wildlife populations in the 43 states that allow Sunday hunting. If the overall number of hunted wild game does not go down, supporters reason, then why bother protecting them from being hunted on Sunday?

The case against Sunday hunting

The arguments for allowing Sunday hunting in the holdout states seem pretty reasonable on the surface. If we can keep hunting going, bring in more revenue, and not threaten wildlife populations, then why not head out to shoot at the critters on Sundays?

Unfortunately, these arguments leave me and many other outdoor recreationists, wildlife enthusiasts, and religious folks unconvinced. 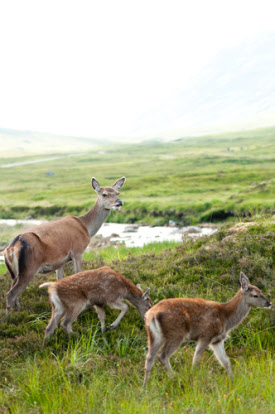 First, the idea that lifting Sunday hunting bans will be the salvation of hunting is flawed. .Sunday hunting bans are in place in only seven states, plus four more with partial Sunday hunting bans. That means 39 states allow Sunday hunting…and yet hunting as a past-time continues to decline every year. Most states have departments with programs to support, encourage, and recruit hunters of all ages, too, while also setting regulations and rules for hunting. These are obviously combined with the programs and marketing by pro-hunting organizations, from the NRA to Ducks Unlimited. So how will adding one day of hunting in a few states turn the tide for dwindling hunters?

Second, hunters do indeed bring a lot of revenue to state’s coffers as part of their hunting forays.  But they are a very small proportion by number of all outdoor enthusiasts. According to the Outdoor Industry Association’s Outdoor Recreation Top Line Report for 2010, in 2009 hunters were less than half as numerous as campers and several thousand smaller than hikers (26,000 vs. 52,000 and 32,000 respectively). If you add up all those non-hunting enthusiast numbers, the difference is staggering (roughly 6 to 1).

Granted, hunters may spend more than others, but that does not mean they should have more say about how natural areas are controlled, or who has access to natural resources.  They are a high-spending minority. The fact that they shoot live ammunition in the same areas where bikers, hikers, birders, and campers tend to be (and in higher numbers) is a big enough worry to that some outdoor enthusiasts avoid areas, or times, just in case.

The point about wildlife populations being stable despite Sunday hunting is interesting. Looked at on a purely quantitative level, sure, Sunday hunting may not be a “threat” to wildlife. However, consider the issue from the perspective of an individual animal–for example, the faun whose mother has been shot, the pheasant chick whose parents have been killed, or the buck who is suffering with a bow lodged in its leg. Though species may not be in danger, individual animals are, facing suffering and/or death on yet another day of the week. Why? To allow hunters to have their “right” to shoot and kill.

It is also ironic that a case for Sunday hunting, and hunting in general, often includes the need for culling excess animals to avoid threats of overpopulation. As if the animals are the problem…for “encroaching” in human-populated areas (which, of course, the animals inhabited first). But the degree to which this “service” of hunters is a priority is open to question. I remember reading recently in my local newspaper some letters from hunters complaining about not having ENOUGH deer to shoot in the area…and asking for farmers and other landowners not to shoot them. So while hunting does involve culling excess animals, citing it as a key reason for lifting Sunday hunting bans is unconvincing, since sport is surely more important to proponents of lifting the ban. And to say that deer are a nuisance because they step onto our turf is a travesty…the deer were here long before our cities, roads, houses, cars, and gardens.

“A day of rest for all species”

In my state of Virginia, one of the few states with bans still in place, the Sunday hunting ban has existed for over 200 years. And it has been in the lawbooks since 1903, as a “day of rest for all species” when it comes to facing the threat of death by a human hunter.

Hunters currently have ample access, in terms of times and spaces, to engage in their sport. But since their past-time entails the (intentional and sometimes unintentional) death and suffering of other creatures, the other frequenters of outdoor areas should be respected as well, and allowed to have one day free from the threat of bullet or arrow.