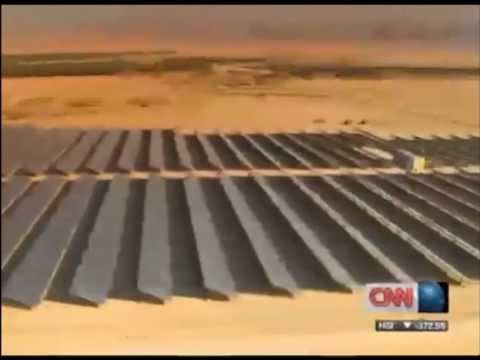 Editor’s note: Scott Cooney, the CEO of Important Media, is currently on a bloggers tour of Israel, and will be reporting back for us during his week there.

Israel, a country perhaps best known for its religious heritage and rich history, has quietly been taking steps toward a sustainable future. The country is not large, with an expected population of just 11 million residents by 2030 (from 8 million nowadays), but it faces some extreme challenges in terms of sustainability. First and foremost on many Israelis’ minds is water, given its largely desert environs, but food security and energy security rank extremely high as well, given the Middle East’s geopolitical instability.

As a member of the OECD, Israel is considered a developed nation, with a GDP that ranks among the top 50 nations in the world, and one of the highest standards of living among Asian economies. But these figures mask some significant risk, as 61% of Israel’s economic activity is based on foreign trade. Manufacturing and agriculture have been outsourced to a large degree, making Israel dependent on imports of everything from consumer packaged goods to food and energy. The country has developed a sustainability plan, called Outlook 2030 (pdf), that defines sustainability as the nexus between well being, the environment, and resilience, rather than the traditional social, environmental and economic triumvirate that typically defines the subject.

Israel has an income disparity gap that is 25-fold, according to the report, meaning the top 10% make 25x what the bottom 10% make. The study’s authors concluded that 47% of the country’s environmental impacts are caused by the consumption patterns of the top 10%, and that as lower tiers improve their standard of living and look to emulate richer Israelis, those impacts will be greatly magnified.

The State of Things

With the economic disparity, lack of freshwater, and geopolitical climate, sustainability seems to be gaining widespread notoriety as a top priority for the country. But due to these pressures, the Israelis have been pioneers in many clean technologies. Here’s a short list of some major accomplishments so far:

“This land is made for solar power”

One of the best locations in the world for solar power, Israel is a sun-drenched country with wide open desert lands. One of the big pioneers in the commercial solar industry there is the Arava Power Company. Founder Yosef Abramowitz (mentioned above, as the one who recently purchased the failing assets of Better Place), solar pioneer, was featured as one of CNN’s Green Pioneers last year:

It all bodes well for Israel. For the next week, I’ll be reporting from the Middle East about the state of sustainability in Israel. Stay tuned to Sustainablog and the rest of the Important Media Network, and follow me on Twitter for more. I wish to thank the good folks at Kinetis, for giving me access to Israel’s sustainability leaders. Kinetis is a nonpolitical organization committed to widening the lens through which Israel is perceived.