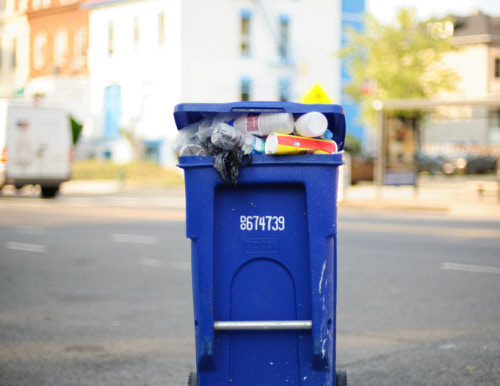 Did you know that tomorrow, November 15, is America Recycles Day?  That’s OK if you didn’t – this one hasn’t quite reached the status of Earth Day. But it could, as most of us almost automatically associate “environmental action” with “recycling.”

Is that a good thing? No doubt it’s good to make use of resources that still have life in them, but, as we’ve pointed out numerous times before, “reduce, reuse, recycle” is a hierarchy… and yet most of us don’t give nearly enough attention to the first two Rs. As such, we still buy an awful lot of single-use containers, resting assured that its OK because we can toss them in that blue bin.

What are the costs and benefits of our focus on recycling? We’ll be discussing just that in the first edition of Hangin’ with sustainablog, our new weekly Hangout on Air at Google+ (and a replacement for Important Ideas). If you’ve got thoughts about recycling – whatever they may be – join us tomorrow (November 15) at 3pm Central to discuss.