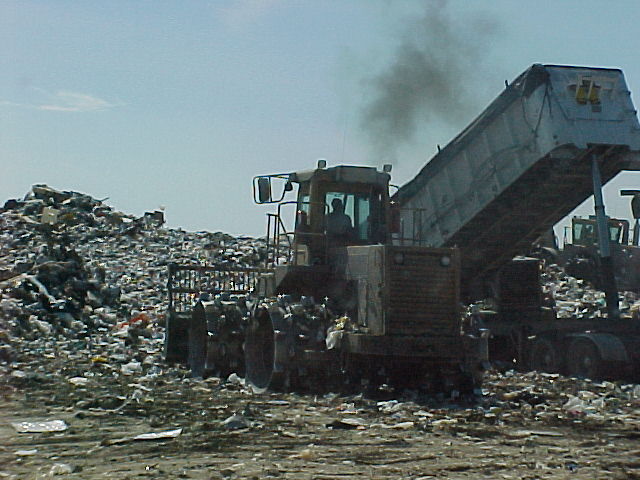 As I’ve been rather critical at times of my home state’s lackluster efforts at greener energy development, I definitely wanted to highlight this story from yesterday’s Springfield News-Leader: Governor Opie dedicated the new Noble Hill Landfill Renewable Energy Center, which will extract methane from the landfill and burn it to create electricity.

“I’m seldom excited to be at a landfill, but I am today,” Blunt told a crowd of about 100 people at the dedication.A joint venture between the City of Springfield and City Utilities, the $7 million landfill energy project taps trapped methane deep within the landfill to generate up to 3.2 megawatts of electricity.

The electricity is fed into CU transmission lines and at full power is enough to meet the needs of about 2,080 homes.

Power from the landfill began flowing into the city a week ago.

Blunt called the renewable-energy project “an example of Ozarks ingenuity.”

The project is the first of its kind for a public utility in Missouri.

Methane is one of the most destructive greenhouse gases. She said burning it at the Noble Hill facility to produce electricity reduces air emissions equal to 25,000 vehicles.

On the whole, this is a move forward for Springfield and for the state. At the same time, I have to agree with Missouri State University Sierra Club chapter president Simon Mahan who noted in an earlier article, “This isn’t a completely renewable resource “it’s coming from people throwing things away and wasting resources to begin with.” Mahan did say that he thought it was good that the state was tapping an energy source that was otherwise going to waste, though. I tend to agree, and feel much like I did when I took note of the Georgia plant turning chicken poop into energy — it’s a good move for what we have in place, but let’s not view it as truly sustainable.