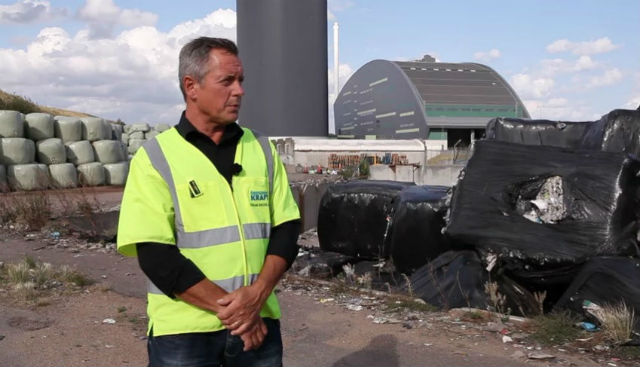 For years, I’ve told people that “reduce, reuse, recycle” is more than an alliterative phrase; it’s also a hierarchy for how to deal with waste. Repurposing, upcycling, and recycling are all great practices that we want to encourage… but, first, we should focus on reducing the amount of waste we create. One country has taken that concept to heart: according to The Huffington Post, Sweden has made the “reduce, reuse, recycle” hierarchy national policy, and, in doing so, is able to keep 99% of its waste out of landfills.

Now, wait a minute – that’s not the same thing as Sweden recycling 99% of its waste… is it? Well, there’s the catch: a sizable portion of the country’s waste goes into the next step down on the hierarchy, “recycling alternatives.” And what does that mean? In short, burning trash. That’s right: Sweden sends a lot of its trash – after separation – to “waste to energy” plants that burn it for heat and energy for many of the country’s residents.

Swedish Waste Management makes both environmental and efficiency arguments for the practice of burning waste; furthermore, waste-to-energy keeps the rate of landfilled trash to less than 1%. Spend a few minutes with the video below that details the country’s efforts with trash (which include disposing of a few other countries’ waste), and then let us know what you think. Is waste-to-energy an acceptable means of dealing with disposables… or just a shift of environmental impacts?

Importing garbage for energy is good business for Sweden from Sweden on Vimeo.