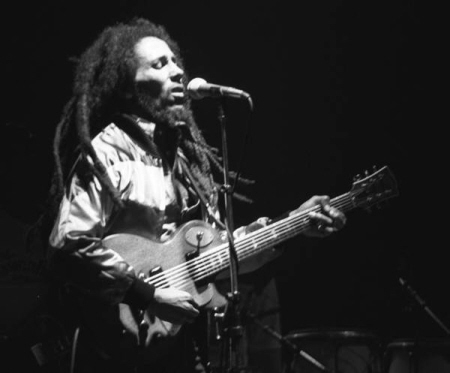 “But I swear it was in self defense” Bob Marley exclaims in “I Shot The Sheriff”: “Sheriff John Brown… says kill the seeds before they grow.” With Prop 16, PG&E is trying to kill the seeds of a clean energy future before they have a chance to grow.

The oil spill in the Gulf of Mexico and the lackluster climate bills in Congress are reminders that our existing economic and governance systems are not positioning us for a clean energy future.  We need new systems and models.  When promising new models come along, we need to support, nurture, and rapidly adapt them so they have an opportunity to fulfill their promise.   Too often, promising new possibilities succumb to intense opposition from vested interests.

California’s largest utility, PG&E, is the sole financier of Prop 16. Prop 16 would enshrine their monopoly in the California Constitution. It reduces consumer choice by making public electricity programs nearly impossible to start, and could lock Californians into high rates for the foreseeable future. PG&E says Prop 16 protects communities, but this is clearly about protecting profits at the expense of communities.

PG&E often boasts that they were named the greenest utility in Newsweek’s Green Rankings 2009. What they don’t tell you is that most of the municipal utilities in Northern California have greener power and significantly lower prices. These include Palo Alto Utilities with the most successful 100% green power option, Sacramento Municipal Utility District with 20% renewable power, and Alameda Municipal Utility which also claims to be the greenest utility with most of its power coming from renewable sources.

In contrast, only 14% of power delivered by PG&E in 2009 was derived from renewable sources in 2009, up only slightly from 12% in 2003. Investor owned utilities are mandated by the 2002 Renewable Portfolio Standard law to be at 20% renewable power by 2010. PG&E has already said that they will not reach the 2010 target.

If Prop 16 passes, it will be nearly impossible to start public electricity programs. It would amend the California Constitution so that a supermajority two-thirds voter approval is required to expand municipal utilities (like Alameda or Sacramento) and to start Community Choice Energy programs. The two-thirds requirement would mean that there has to be twice as many Yes voters than No voters.  Getting a Yes vote on a ballot initiative is very difficult in California. Getting a two-thirds Yes vote will be virtually impossible with PG&E spending millions in opposition and local government prohibited by law from spending money or time on advocacy.

Deception in Advertising: the “Taxpayers Right to Vote Act”

Not content to sit on the laurels of their initial $35 million to $80,000 campaign funding advantage, PG&E recently pumped another $11 million into the Yes campaign bringing their total investment to $46.1 million. And they are using their deep pockets to pull out all the stops in a media blitz to deceive the public, especially voters who are concerned about the environment and green jobs. Recently, PG&E paid $40,000 for placement of “YES on 16” on the Green Slate Card whose headline says “Vote for a Green California” In addition, the latest supporter touted on the PG&E website and mailers for Prop 16 is “The Coalition for Green Jobs” which has no web site and which was apparently formed by PG&E as an astro-turf group to support state climate legislation. The spokesperson for the nonexistent ‘Coalition’ is Scott Wetch, a trade union lobbyist who lobbies for IBEW 1245, PG&E’s electricians union local; that is, PG&E’s only real labor ally on Prop 16.

By killing honest competition, PG&E will have a free hand to raise rates and slow the adoption of clean energy produced in California. Furthermore, stopping Community Choice in California would likely prevent other states from sharing in this amazing opportunity to use the electricity sector to rebuild our communities.

We need to nurture the seeds of Community Choice so that they have the chance to become the pillars of a clean energy future. PG&E wants to club them to death like baby seals at the ballot box. To help spread the word about Prop 16 and PG&E’s deceptive media campaign, please visit http://www.noprop16films.org and share the videos with friends in California and elsewhere. A clean energy future might depend on it.

David Room is co-founder of Bay Localize and coordinates the Local Clean Energy Alliance in the San Francisco Bay Area of California.