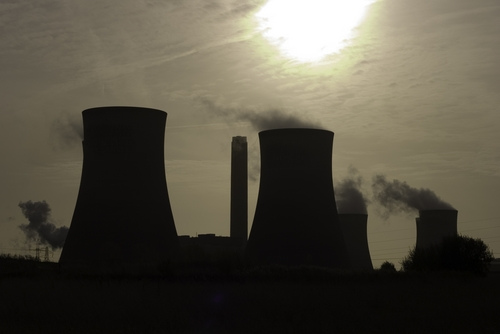 The threat of global warming has created an opening for many utilities – and even some clean energy supporters – to push for nuclear power as a solution. Texas, in particular, has attracted more interest in new reactors than any other state and could become the biggest building ground for nuclear power plants.

NRG Energy, Energy Future Holdings Corp., and other utilities have proposed eight reactors, which make up 25 percent of all the ones planned in the U.S. In addition to their enthusiasm for nukes – at a time when coal plants are being canceled around the country because of global warming concerns – Texas makes it easier than other states to put up a plant.

Although reactors can cost up to $6 billion each, Texas created three new measures this year to incentivize more nuclear, including reduced local property taxes and state guarantees for decommissioning and decontaminating nuclear plants when they are closed. Another law created a tax exemption for adding pollution-control devices, which legislators say can include nuclear plants. All that, plus federal tax credits and loan guarantees, has some utilities seeing green of a more controversial kind.

Environmentalists are ready to go to battle – with utilities and each other – over nuclear power. Most notable is probably Patrick Moore, a founder of Greenpeace and now a nuclear power supporter. Others may be more inclined to support nuclear if the biggest problem – how to safely dispose of the waste – were solved. A spokeswoman for Al Gore told Bloomberg that while Gore isn’t “reflexively anti-nuclear,” he doesn’t think it can be a major part of the energy mix until the waste problem, nuclear proliferation, and the huge size of the reactors can be solved.

Still others are absolutely anti-nuclear, and expect that more people like them will come out of the woodwork when the news of these proposed reactors starts to spread. Global warming is just a convenient excuse to ramp up nuclear production and ignore its other issues, explained Ken Kramer, Texas director of the Sierra Club. But he’s optimistic about the coming fight in Texas: “Now that we have serious applications for nuclear power plants, you’re going to see fast-growing opposition.”