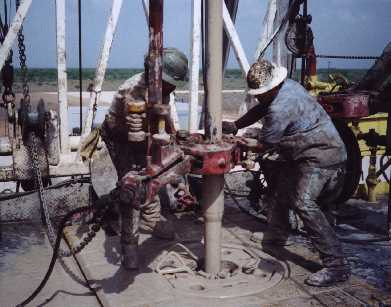 Update: The last numbers on the poll were 50/50… but, as they’d been trending towards blocking the ad for most of the week, I decided to go ahead and do just that. You can still go to Resourceful Earth through the link below and let them know what you think.

Have you noticed ads from the Competitive Enterprise Institute on sustainablog and other green sites around the web recently? I caught one of these last week at the top of our home page; needless to say, I was aghast. Are we really taking money to promote “dig, drill, and mine,” as the ad proclaims?

It turns out those ads come from Google AdSense… and, therefore, CEI must’ve bid highly on keywords that would get their ads placed on sites like ours… in short, we didn’t sell them ad space. We can block ads that we don’t like from AdSense, and I was tempted to do just that… why would I want to promote this kind of thinking? But it also occurred to me that CEI’s strategy involved debating some of the main premises of sites like sustainablog: that clean technology and energy development have the real potential for creating economic growth, while the economic benefits of “dig, drill and mine” come largely through externalizing many of the the costs created by these processes. Why else would they be optimizing their ads to run on sites like ours?

So, I bit. I clicked through to see what they were arguing. And it didn’t take long for me to figure out that CEI, through their Resourceful Earth site, isn’t telling the full story about the jobs and prosperity created by the extraction industries.

The Jobs Outlook for Mining, Drilling, and other Extractive Industries

Overall, Resourceful Earth wants to tout the economic benefits of drilling for oil and gas, mining coal and minerals, and logging timber… so, resource extraction in general. I went immediately to their “Facts” page, which offers numbers and statistics on employment and amounts of resources harvested in the United States.

In all of the first three categories on this page, Resourceful Earth notes the number of people employed in particular industries: first, in mining and natural resource extraction generally, and then in oil and coal specifically. For all of these figures, they rely on the Bureau of Labor Statistics Career Guide to Industries Mining page.

The numbers they cite are correct… but one need not leave the BLS page to see a fundamental flaw in CEI’s argument: “Employment in mining is projected to decrease.” Specifically, BLS projects a 14% decline in mining employment through 2018.

Now, you may argue “Well, duh… that’s because you greenies won’t let us mine/drill/dig.” We could argue about the clout we actually have in Washington, but we don’t need to do that: mining employment won’t drop because of lack of access to these resources, but because “increased output will be able to be met by new technologies and new extraction techniques that increase productivity and require fewer workers.” In other words, mining companies will keep at it… but will do so with less workers. Keep in mind this comes from the source that CEI chose to cite for its employment statistics.

The timber industry comes out a bit better (though I had to dig for the information – CEI links to a different section of BLS statistics for logging jobs): logging jobs will grow, but will do so slower than average job growth (which is pretty scary given our rate of growth). Again, mechanization plays a big role in slow job growth, as does international competition.

This sound like the way forward to prosperity? Keep in mind, too, that nowhere does Resourceful Earth mention costs created by large-scale extraction: things like tax subsidies and health, environmental, and social impacts appear nowhere in their analysis (and, yes, I did go beyond the Facts page… spent some time on the site).

So, Should We Keep Running the Ad?

I see two ways to deal with this ad on sustainablog:

You can leave a comment with your thoughts, or just vote in this poll: I closed the poll after blocking the ad… but we’re still interested in your thoughts.

Image credit: kylemac at Flickr under a Creative Commons license