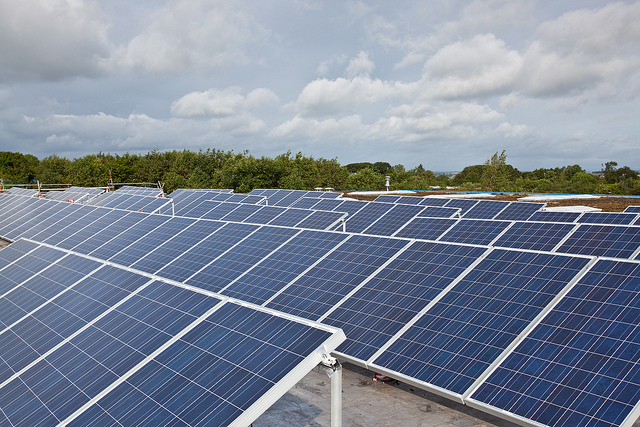 There are many who feel that while solar power is a great idea, it just isn’t financially feasible. For many years, the cost of outfitting the average home with solar panels was prohibitive. Even with advances in alternative technologies, many still believe that outfitting their homes with a solar array is something that is beyond the budget of most families.

But with recent advancements in technology, as well as market changes in the cost of other forms of energy, the cost of going solar is getting much less expensive.

Most folks who live in sprawling homes in the suburbs, with SUV’s, electric garage doors, and all sorts of other technologies that suck useless energy, are likely to roll their eyes if you told them that solar might soon be the cheapest form of electricity available. That might be a common response from even self-proclaimed “greenies”.

Technology is advancing rapidly around the world in the field of photovoltaics. Solar panels are getting lighter, smaller, and more powerful.

As the cost of these panels continues to decline and the technology continues to improve, both in collection and storage capacity, the use of solar could become an even more attractive option. There are a number of factors that go into making solar a potential energy source of the future.

The costs involved in building new power plants; such as coal, natural gas, or nuclear, are incredibly high.

Replacing these dirty technologies with advanced, cheaper solar panels will be an attractive option on both a small and large scale. Many people have been waiting for what is called “solar parity”, which refers to a time in which the costs of having a completely solar powered home would be comparable with one that is powered from the grid.

That time might be upon us, and if the trend continues as it has, there will come a point when solar will be just plain cheaper. These advancements in solar technology should excite those who wish to see a renewable, sustainable future.

If the cost of Solar continues to decline, would it make you consider changing your current power source to solar?