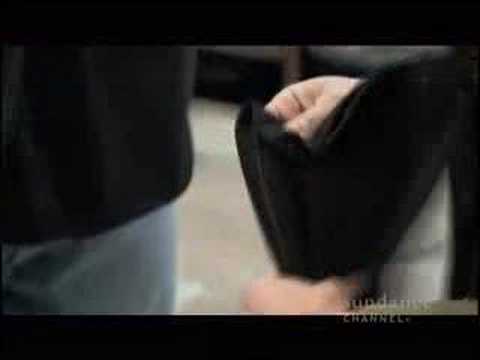 After previewing tonight’s episode of the Sundance Channel’s Big Ideas for a Small Planet, I couldn’t help but think that this week’s topic — fashion — tied in very closely with last week’s show on food. After all, we all eat, and we all dress. Our clothes, like our food, generally start off as crops in fields, and the process of transforming those crops into garments typically involves heavy chemical inputs and many miles traveled (especially in this era of globalization). The fashion industry has a heavy environmental footprint, but a number of designers and manufacturers are challenging those norms, and creating clothing that’s both fashionable and sustainable. Take a sneak peak at one of these companies featured in tonight’s episode: Del Forte Denim

In addition to Del Forte, tonight’s episode features outerwear company Nau, which, unfortunately, has announced that it’s going out of business. Given Nau’s very sustainable approach to both garment design and retailing, watching this portion of the show felt bittersweet: let’s hope that their ideas for producing and selling greener fashion survive them.

Of course, fashion has environmental impacts after the sale, and the third “big idea” presented in tonight’s episode involves product care. Denver, Colorado’s Revolution Cleaners is one of many professional cleaning operations that have foregone the traditional “dry cleaning” process (which involves some pretty nasty chemicals) in favor of less toxic alternatives. Revolution uses liquid CO2 as a cleaning agent, and is implementing other practices such as hanger and plastic bag recycling.

In addition to the stories of these innovative companies, Big Ideas for a Small Planet has the usual mix of expert commentary: tonight’s contributors in include designers Linda Loudermilk and Carson Kressley (yes, that’s Carson from Queer Eye for the Straight Guy), Ecofabulous blogger Zem Joaquin (go bloggers!), Rachelle Carson-Begley, and Simran Sethi.

…considers the possibilities as it examines the burgeoning grass-roots movement to “power down” from energy-intensive habits. Mixing the stories of ordinary citizens with expert analysis, the film offers an inspiring look at how people are changing their lives and their communities by pulling up stakes, organizing conferences, and even re-thinking local economies.

Another great night of green TV. Of course, you can still enter The Green‘s “What’s the Big Idea?” contest — the entry period runs through May 20th. And keep an eye out for another contest announcement right here at sustainablog… I’ll have that up shortly. And, finally, if you want more green fashion, stop by Feelgood Style.