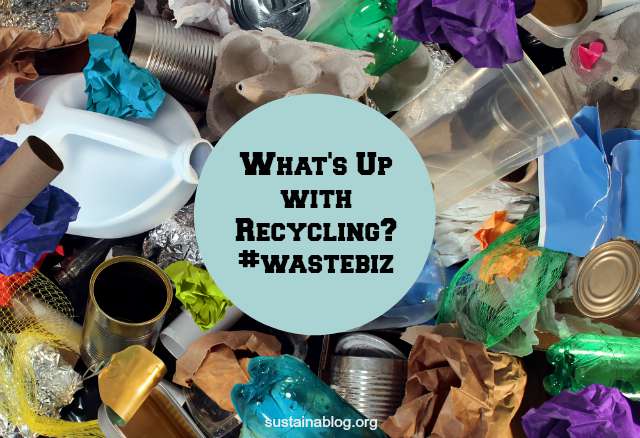 So, what’s going on with the recycling industry? We’ve made a number of mentions of the challenges faced by recyclers these days, but really haven’t provided a solid overview. Fortune has, though: Claire Groden’s article from last Friday focuses specifically on Waste Management, but the challenges described certainly aren’t unique to that company. Among the problems recyclers face:

The industry claims that it can’t do all the lifting on this: governments, businesses, and families need to do their part to keep the recycling industry healthy. I know frequent commenter Lawernce Kenemore claims that “Big Waste” relies mostly on government contracts for revenue in this space, so they’re only concerned about the viability of the system when it cuts into profits, but I’m interested in hearing other ideas for keeping the recycling industry running well. Share your thoughts with us.

Glass recycling returns to New Orleans: Ten years after Hurricane Katrina, residents of the French Quarter and the Central Business District will have glass pick-up service. Provided by Empire Janitorial Sales & Services of Metairie, the service may also demonstrate the viability of keeping glass as a separate recycling stream. (via Waste Dive)