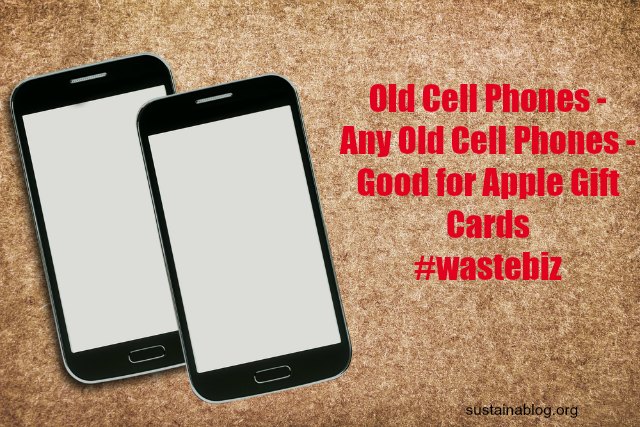 I always take the easiest route when it comes to recycling my old cell phones: I leave it with the retailer from which I’ve bought a new one. If you want more value than convenience, though, your options are about to expand: appleinsider reports that Apple plans to expand its Reuse and Recycling Program to include non-iOS phones. Yep, if you’ve got a Blackberry, an Android, or a Windows smartphone, you can still trade it in for an Apple Store gift card.

No details yet, but look for them in coming weeks. The hypothesized rationale? Apple’s upping its game against Android, and wants to incentivize users of the Google OS to switch to iPhone.

Got any more insight into this expected change to the program? Share it with us…

In other news from the waste space:

Recycling K-Cups into Cement: We’ve dug into the massive amounts of waste created by single-serve coffee makers, and at least one approach to recycling them. A British Columbia-based cement manufacturer has found a rather novel way to reuse these pods: turn them into cement. According to CBC News, “The Lafarge cement plant in Kamloops, B.C. turned about 1.4 million K-Cups into cement last year, after teaming up with Van Houtte Coffee Services, which collects the used pods for recycling.” They now want to expand their efforts into Alberta. (via Waste 360)

Unilever Achieves a Zero Waste Milestone: The consumer products giant “announced on Tuesday it has achieved 100 percent zero waste to landfill (ZLF) at all dedicated distribution centers in North America.” That’s not just an impressive environmental achievement: it also created savings of $1.9 million in 2013. (via Waste Dive)