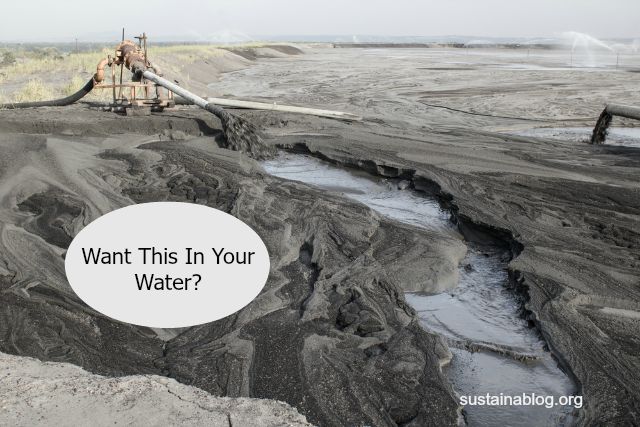 Does a floodplain sound like a good place to store toxic waste? No… and that’s why the Labadie Environmental Organization (LEO) in rural Franklin County, Missouri, has been fighting utility Ameren Missouri’s plans to build a coal ash landfill by its coal-fired power plant in Labadie. Their argument: the toxins and heavy metals found in coal ash could leach into groundwater, poisoning the local water supply, and threatening the health of area residents.

After four years of legal battles, LEO and Ameren came to an agreement yesterday: according to the St. Louis Post-Dispatch:

Opponents had long argued the utility shouldn’t be storing coal ash in the Missouri River flood plain, but in the end they settled for a promise to keep it away from groundwater. The agreement stipulates Ameren must build all the landfill’s cells at least 5 feet above groundwater. That condition was in Ameren’s state permit and conforms with new federal rules governing coal ash disposal.

Will that work? We’ll find out – the company’s planing to move ahead with the on-site coal ash landfill. Ameren argues that doing so will save ratepayers $2.5 million a year, and keep trucks loaded with the dangerous material off of area roads.

Given disasters in recent years involving this toxic waste material, we’ll keep close eye on this one. If you know more about proper, safe storage of coal ash, chime in…

Another food waste app in development: Smart phones can be powerful weapons in the fight against food waste. A new concept out of Australia, EatChaFood, gives users access to recent pictures of the inside of their refrigerator, allowing them to plan meals on the go based on ingredients on hand, or avoid purchasing groceries they don’t need. (via Circulate News)

Glass recycling can work: We’ve seen that the economics of glass recycling don’t always work well for the recycler, but Waste360 shows how Ohio’s Rumpke has increased its investment in the material, and found markets for it.