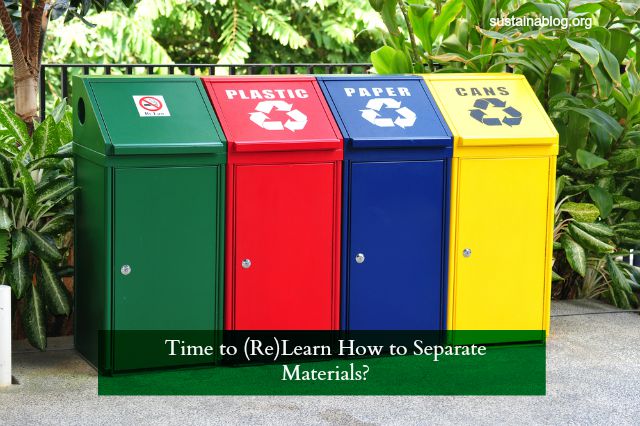 The Great Recycling Debate is still ongoing: as prices have fallen, and recycling rates have stagnated, many are concerned about the viability of this waste business model. Liz Shoch from GreenBlue’s Sustainable Packaging Coalition claims she’s seen this all before: in fact, a number of years ago, she wrote a series of “Closing the Loop” reports on “how recycling infrastructure can increase recycling rates” (specifically for California, but the ideas could be more broadly applied). She quotes Yogi Berra: “It’s déjà vu all over again.”

Several of the points she makes we’ve seen before: single-stream, for instance, may create more problems than it solves.  Some level of standardization also makes sense for consumers and the industry. But a point that really stuck out to me: ongoing consumer education is a must if recycling’s going to work for everyone. If we want people to do this right, we have to show them how… and then do it again, and again. It’s simply not enough to pass along a brochure and be done with it: we need regular efforts at educating consumers about recycling through a variety of media channels.

Where is consumer education about recycling working well? How can we replicate that success? And what else can we do to show consumers the benefits of taking the time to separate recyclables, and take other, less convenient, steps to ensure a cleaner recycling stream? Let us know what you think in the comments…

In other waste business news:

St. Louis takes cigarette butt recycling citywide: I always jump at the opportunity to represent the home town – Downtown STL, Inc. has partnered with Terracycle and Progressive Waste Management to set out 62 stations for collecting cigarette butts for recycling around the city. As we’ve noted before, there are all sorts of possibilities for this waste stream…

Uber gets into the recycling business: At least temporarily… in Lebanon. Apparently, Beirut’s in a bit of a garbage crisis: nothing’s getting picked up. So, Uber’s stepping in with #UberRECYCLE, which will allow residents to request a driver through the app to pick up their recycling.