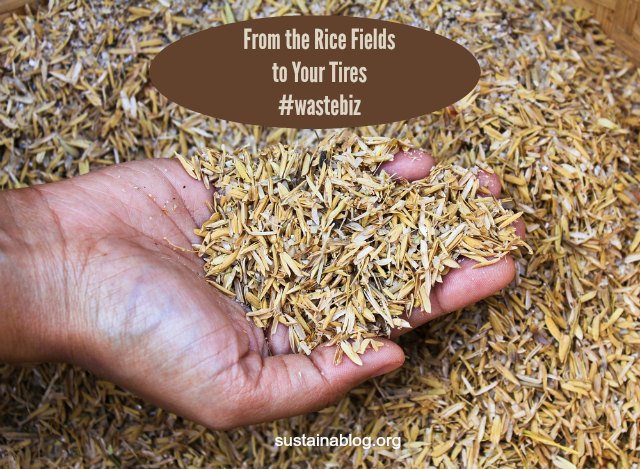 Scrap tires represent a pretty major success on the waste front: according to the EPA, “…markets now exist for 80.4% of these scrap tires-up from 17% in 1990. These markets—both recycling and beneficial use—continue to grow.” That doesn’t mean that we no longer need to worry about the environmental impact of these products; rather, we need to take a look at other points in the production and consumption cycle of these ubiquitous items.

Adding silica to tires is one way engineers have reduced their environmental impact: using this material “…as a reinforcing agent in tire tread compounds” reduces rolling resistance when compared to the more traditional material carbon black. But silica is generally mined. After a two-year testing period, Goodyear will be using silica derived from a much more sustainable source: rice husk ash.

Rice husk ash? Consider this: the Food and Agriculture Organization of the United Nations (according to Goodyear) notes that farmers harvest over 700 million tons of rice each year, and that creates massive amounts of rice husk waste. Most of its burned for energy… but then there’s leftover ash. Goodyear will use this ash as a silica source for tires made in it Pulandian, China, factory (which are also sold in the country).

Given the amount of this material available, this could become huge for the tire industry, as well as other silica users. Know more about the use of silica in industrial settings? Or the sourcing of rice husk ash? Share your thoughts with us.

MillerCoors hits landfill-free milestone: I love a good beer, so I’m always glad to see the brewing industry dealing with its waste more responsibly. This week, MillerCoors announced that its Milwaukee brewery and corporate offices had achieved landfill-free status. Specifically, the company’s reduced landfill-bound waste by 65 tons – not bad!

Cover your office’s floors with recovered fishing nets: That’s an option now offered by carpet tile company and sustainability superstar Interface. Tina Casey at TriplePundit has all the details on the company’s partnership with the Net-Works fishing net recycling program.