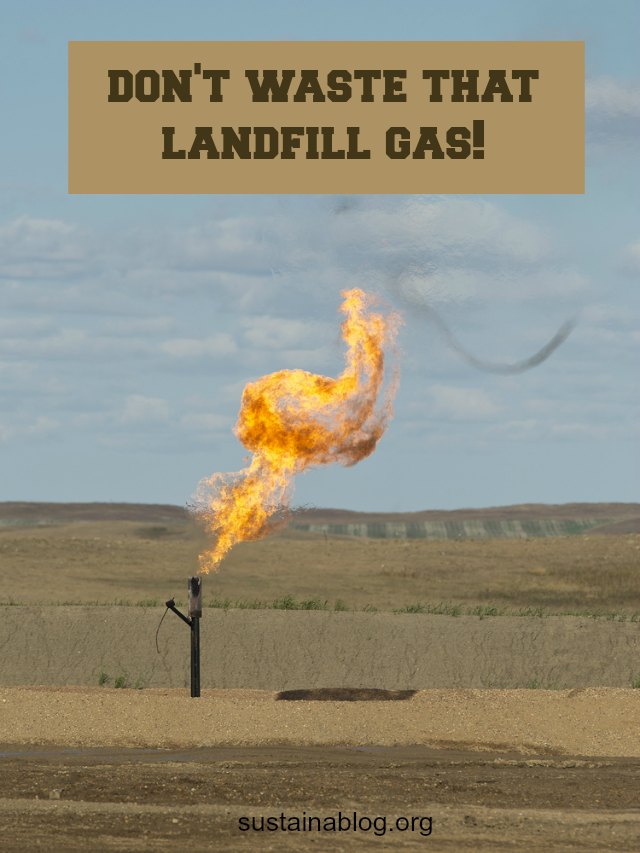 On first glance at today’s headline, you might be scratching your head. “Why would we want to boost production of methane gas from landfills? Isn’t it a potent greenhouse gas?” It is… but, despite what many of us may have thought (myself included), most landfills don’t produce enough methane to make these waste-to-energy systems affordable and profitable. In order to keep it out of the atmosphere, landfill owners simply burn, or “flare,” the methane.

University of Texas at El Paso chemistry professor Russell Chianelli has devised a process to bump up the production of methane gas to levels that would make economic sense for electricity production. According to a release from UTEP:

But wait – there’s more! Chianelli’s process also involves diverting part of the gas produced to algae production… which, in turn, would produce more methane. The professor notes “What makes the methane in landfills are the organisms that are feeding on decomposing waste. So what we need to do is feed them even more for more methane production.” So, half of the algae cultivated would be pumped into the landfill to produce more methane; the other half would be used to produced biofuel.

Lots to digest here: on the surface, it certainly makes sense. I’d have to wonder about the potential for increased gas escape, though. If you’re more versed in the science of such things than I am, and see an issue, share it with us.

In other waste biz news this week: