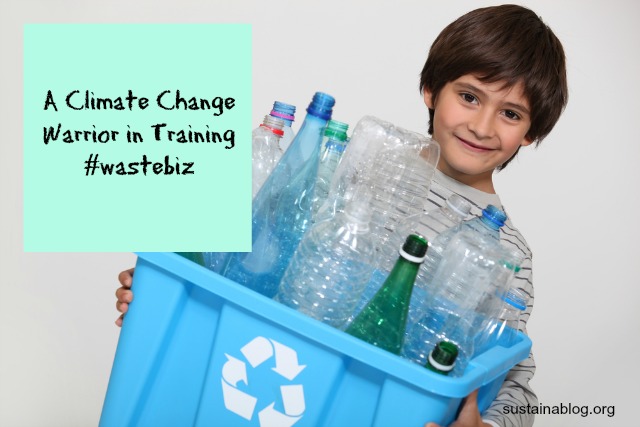 No doubt that material efficiency practices like reuse, repurposing, and recycling, impact environmental challenges tied to extraction: if we reuse materials that have already been processed, we don’t have to mine more metals, drill for more oil, or cut down more trees. But using materials more efficiently can also have a significant impact on climate change, according to a new study from the Club of Rome. According to The Guardian,  “…carbon emissions could be cut by almost 70% if a key set of circular economy policy measures were adopted.”

That’s one good reason for adopting circular economy policies, but it’s not the only one. The study also found – as has other research into the topic – that reuse and recycling are job creators:

In addition, caring for items through repair, maintenance, upgrading and remanufacturing is far more [labor-intensive] than mining and manufacturing in highly automated facilities. In moving to a more circular economy, the number of additional jobs would likely exceed 100,000 – cutting unemployment by more than a third.

While these numbers represent the possibilities in the European Union, there’s no reason to believe that such consequences wouldn’t also apply in other areas of the world. The EU has already introduced legislation, the Circular Economy Package, that would implement that key set of policy measures; we’re a bit behind here in the US (though a few things are happening at the state level).

What would material efficiency policies look like in your neck of the woods? Share your thoughts with us in the comments below…

In other news from the waste biz sector:

Compostable coffee pods: Single serve coffee pods create mountains of waste – we know that. Club Coffee believes it has an answer: the PῧrPod100 compostable coffee pod. Scheduled for release in Fall, 2015, the product even features reused material from coffee beans themselves. No word on whether this will require commercial-scale composting, or if you can simply toss it into your backyard bin.

Sleeping on plastic bottles: That’s what you’ll be doing soon if you stay at a W hotel. The chain, along with Coca-Cola and will.i.am have rolled out sheets from EKOCYCLE that incorporate plastic bottle waste: about 31 recycled 20 oz. plastic bottles in every king-sized sheet set. (via Waste Dive)