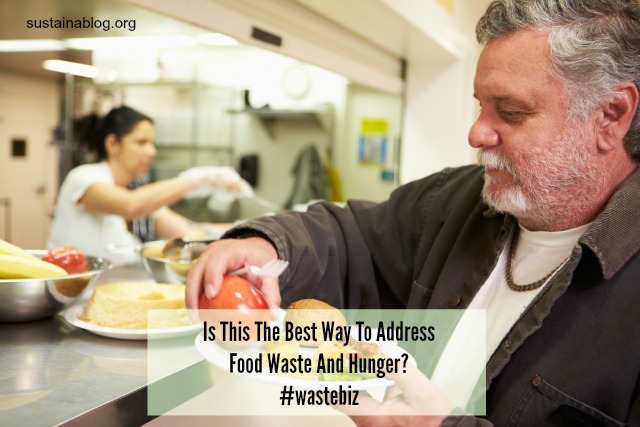 It sure seems like a good thing: if grocery stores have extra food, why not incentivize, if not require, that they donate that food rather than dump it? Food donations ensure that someone’s eating those leftovers, rather than sending them to a composter or a landfill.

Graham Riches, a former professor of social work at the University of British Columbia, and co-editor of First World Hunger Revisited: Food Charity or the Right to Food?, tells The Tyee that he believes such solutions to food waste and hunger are “deceptively simple,” and work to maintain the status quo. Why would a grocery chain, for instance, work to reduce food waste when it’s being rewarded for producing it, and then donating it?  And do all people who are food secure take advantage of food banks and similar resources? Probably not, argues Riches, who further claims that “proper funding” of social services would prove more effective in feeding people.

Malcolm Brodie, the chair of Canada’s National Zero Waste Council, agrees that financial incentives for food waste won’t fix poverty, but they do provide a needed resource in a timely manner. He doesn’t believe that donation programs “let the government off of the hook” in terms of improving programs to increase economic and food security.

This is a fascinating debate. I don’t know that tax incentives truly encourage the production of waste: the grocery model, with its focus on having almost anything available on demand, seems to do that already. I do think that governments focusing on food as a human right might produce more effective approaches to addressing hunger. But I’m not sure that the “unintended consequences” argument is as strong here as Riches argues.

Do you disagree? Got other thoughts on this approach to dealing with food waste and insecurity? Share them with us…

Ford wins award for use of recycled fabrics for seating: Ford Motor Company has been using REPREVE – a fabric made from recycled PET bottles – in five of its models for several years. The Society of Plastic Engineers awarded Ford’s lead designer Carol Kordich its Automotive Innovation Award for this choice.

EcoATM Going Strong: EcoATM, the kiosk device that allows people to dispose of electronics for recycling, is enjoying strong sales and revenue. Both were up significantly versus the third quarter of 2014.