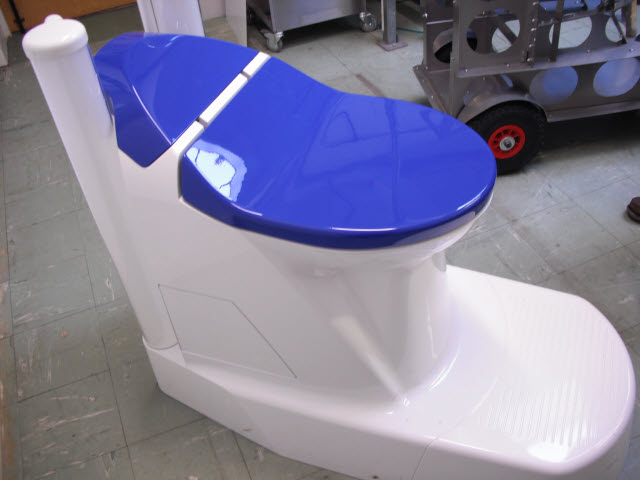 As we’ve noted many other times before, toilets are key tools in the fight against disease in the developing world. Unfortunately, the flush toilet that you and I know so well uses a lot of water, and requires, at minimum, the installation of septic tanks (if not urban-scale wastewater treatment facilities). So, do we just bite the bullet, install the toilets and infrastructure, and worry about the ramifications down the line? Or do we start trying to rethink the toilet?

Many designers and engineers, largely spurred on by the Gates Foundation’s Reinvent the Toilet challenge, are doing just that: trying to figure out how to maximize the sanitation benefits, while reducing or even eliminating the waste of resources. Great Britain’s Cranfield University accepted the challenge, and researchers have spent several years working on their concept of the “nano membrane toilet.” Here’s a video they released in early 2014 that basically describes the waterless toilet technology (and I’ll update afterwards):

So, what about the phone charging part? Well, that’s what requires updating: according to gizmag, “…the current plan is for the solid waste to be incinerated to convert it into ash and energy. The energy will power the nanomembrane filtration process, with enough left over to charge mobile phones or other small devices.” So, no need to deliver batteries, or hand-crank them: the toilet itself provides the necessary power. And the only “waste” is the ash produced, which won’t be wasted at all: it can be used as soil amendment.

gizmag notes that the toilet’s scheduled for real-world testing this year, possibly in Ghana. And Cranfield University announced that its team will be taking their concept to  London’s Cleantech Innovate, an event for pitching low-carbon technology to investors, in February.

Pretty cool, huh? Know of other innovative developments on this front? If so, share them with us in the comments…