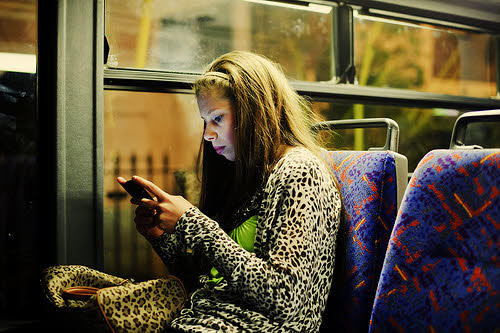 Coming home to a cold house when winter kicks in is no fun, but neither is paying to heat an empty building all day long (or suffering the guilt of using unnecessary energy to do so). Although programmable thermostats have long offered a solution to this dilemma, they require attention and planning. If you set your heat to come on at 6 pm and then decide to meet a friend out for dinner, that’s an hour or two of wasted energy.

Fortunately, as they say, there’s an app for that. In fact, there are a lot of apps for that — control of home energy usage via smartphones and mobile devices is the new frontier of energy efficiency.

When we don’t hesitate to head across the street to save a few pennies per gallon on gas, why would we play roulette with our monthly energy bill? Nowadays, the capability is there to know exactly what you’re consuming and spending on electricity at any given moment, instead of simply waiting on the meter checker to come by and send you a bill.

Although the most accessible — and most affordable — monitors are for heating and cooling systems (the biggest energy-consuming ‘appliance’ in most homes), refrigerators, washing machines, and dryers are now on the market that also tap into a smart grid, offering users the ability to monitor their exact energy usage, per appliance.

Fortunately, the biggest thing you can do to cut back on energy consumption through control will pay for itself in less than a year’s time. Wireless thermostats like the Ecobee, Nest, and Radio Thermostat, as well as new models from traditional makers like Lennox and Honeywell, range from about $100 up to $300. Nest’s models are pricey but simple to use, and they’ve helped to pioneer the ‘smart’ thermostat trend, where the device learns how long it takes to heat or cool your home and responds accordingly.

Lennox’s iComfort thermostat even looks up local weather forecasts, adjusting for outdoor temperature differences that could affect your preset conditions inside. Ecobee users love that the display matches the interface on their smartphone, keeping adjustments simple and easy to learn for any family member.

Regardless of what thermostat you choose, the ability to monitor and control your home temperature from anywhere will undoubtedly save you money on your monthly bill. If you’re not happy with (or you’re confused by) the app that corresponds to the thermostat you choose, universal app controllers like Thermostapp work with many models via a simple sliding dial to set the temperature.

Keep Track of Your Energy Use

For those ready to truly seize control of their home energy usage, up-to-the-minute monitoring allows them to pinpoint spikes in usage and isolate culprit appliances and devices (or even family members). Both Google and Microsoft spearheaded this movement in 2009 — Google launched their PowerMeter and Microsoft debuted Hohm. The programs had similar shelf lives, with each finding itself discontinued in the last year.

Their legacy, however, lives on. These programs tried to link homeowners to their utility companies, displaying energy usage in real-time. Unfortunately, neither gained a critical mass of usage. Apps with similar capabilities are beginning to gain ground. Last September, the U.S. Department of Energy announced their Green Button Program, an initiative that realizes “the common-sense idea that consumers should have access to their own energy usage information in a downloadable, easy-to-use electronic format.” They’ve released a corresponding app called Leafully that tracks both usage and emissions, pairing that information with tips to help users reduce their energy needs and increase efficiency.

Similar programs like the Wattvision Power Monitor and eMonitor allow real-time energy usage monitoring from their mobile websites. When people turn on the computer and see the numbers jump, they’ll think twice about leaving it on all night long.

Leafully connects to Facebook, letting users share their savings with friends. That parallels the work of software company Opower, which uses a Facebook ‘Social Energy’ plug-in to compare energy use between friends (and against others in a city, state, or nationally) and create a social motivator to save. Although the competitive streak in some people could leave them foregoing heat on freezing nights to ‘beat’ their friend, few people will (hopefully) go so far as to unplug their refrigerator.

By making efficiency and conservation a social norm, and giving people the power to track their usage and keep tabs on appliances, the pressure will be on manufacturers to produce more efficient models.

The benefits of increasing user control and knowledge of energy use are countless, and will undoubtedly continue to shape the appliance and home-building industries for years to come. Best of all, the next time you’re freezing under the covers, you don’t have to brave the chilly walk to the thermostat — there’s an app for that.

Jay Harris is a Home Depot “on the floor” sales associate, and a regular contributor to Home Depot’s blog. His interests include solar panels, home automation and home security.